Another thing I have been noticing is SEGA’s tight relationship with Game Freak. If you didn’t know SEGA has had a relationship since early 90s when they published Magical Taruruto-Kun and Pulseman on the Mega Drive, then all the way in 2015 publishing Game Freak’s Tembo the Badass Elephant, and of course Ken Sugimori doing the artwork for the physical release of SEGA 3D Classics for Nintendo 3DS. Maybe we will be seeing more GameFreak x SEGA collaborations in the future? What you think about the artwork and Ken Sugimori’s take on Classic Sonic? 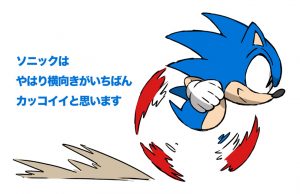