The game features six tracks, all of which are either copies or variations of tracks from previous games. What I mean by variation, is that all of the three original tracks are mirrored with a different setting, such as the normal track having a sunset theme instead of during the day. While it does feel like a cheap way to not include any new tracks, the graphics compensate for this. Colors are vibrant, the in-between realistic style receives an upgrade, and even the marks on the track are a wonderful attention to detail. 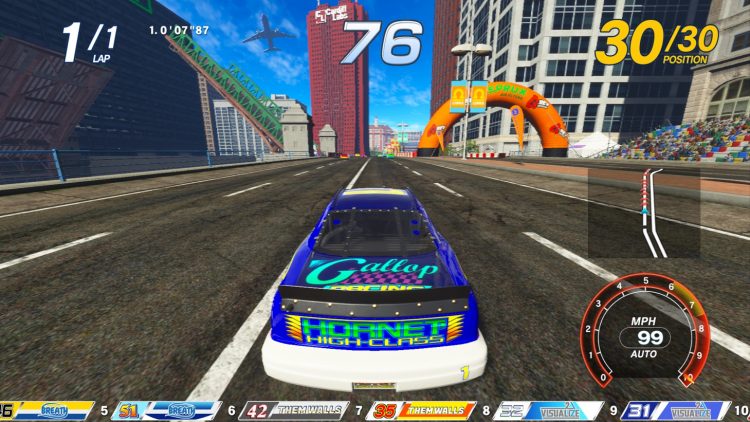 The game also can feature your face while driving in the in-game positions, so you can see other racer’s expressions. Sadly, it did not work on the cabinet I was playing on, which was a bummer. Honestly, there isn’t much to say about it afterwards. It just is an updated Daytona USA and there is nothing wrong with that at all. If you find this gem, definitely hit your brakes and take a few laps in the wonderful Sunshine State simulator.

The tracks played on was the Classic Three-Seven Speedway and the new Lakeside Castle (mirror of Dinosaur Canyon), And yes, I drove one-handed because I was holding my phone with the other. Sorry for the shakiness and enjoy!