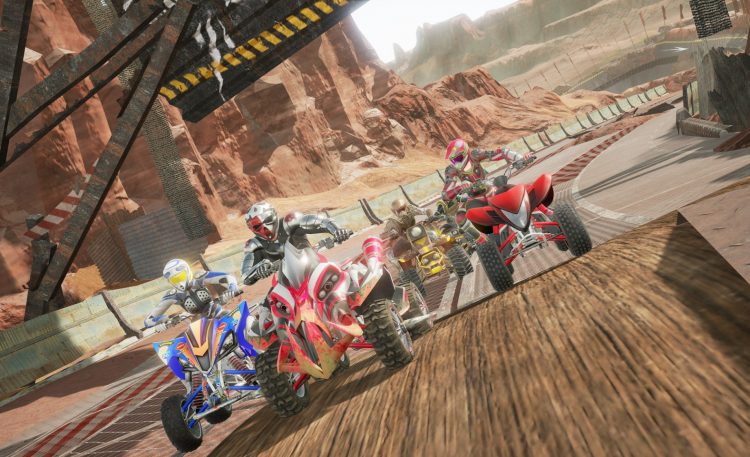 Via Arcade Heroes comes the news that SEGA Amusements will be debuting a new arcade racer at next month’s IAAPA 2018 trade show in Orlando, FLorida. The game is titled ATV Slam and, as the title suggests, is an ATV racer. This appears to be a new IP created by SEGA, as Arcade Heroes could not dig up any information on the game outside of this announcement. On our end, it appears to be a new IP as well. 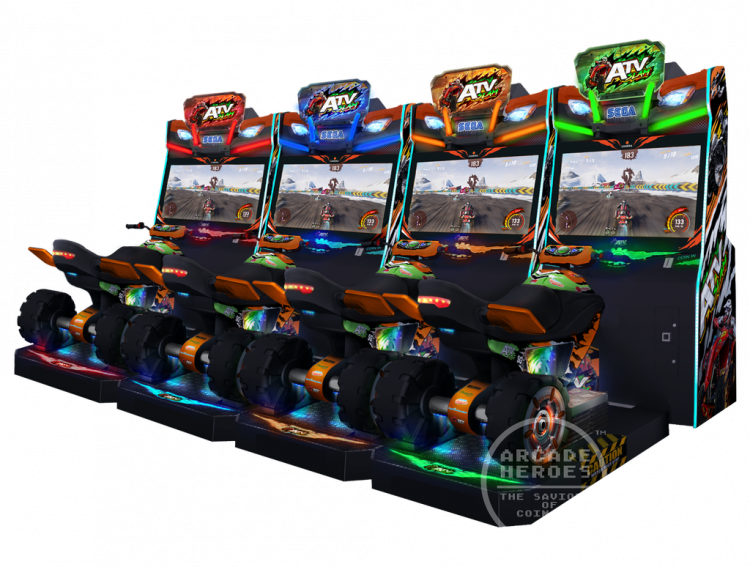 The game is said to feature an upgrade system, three game modes and fifteen bikes to unlock. Arcade Heroes also noted that the press release mentions a “custom developed motion platform” for riders and a “unique ‘Artificial Intelligence’ system” that is said to make the game fun for both casual and core gamers. Click on over to Arcade Heroes for more information, including a gallery of screens.

When we learn more, we’ll be sure to share it! I’m most interested in learning who is the development team behind the game.