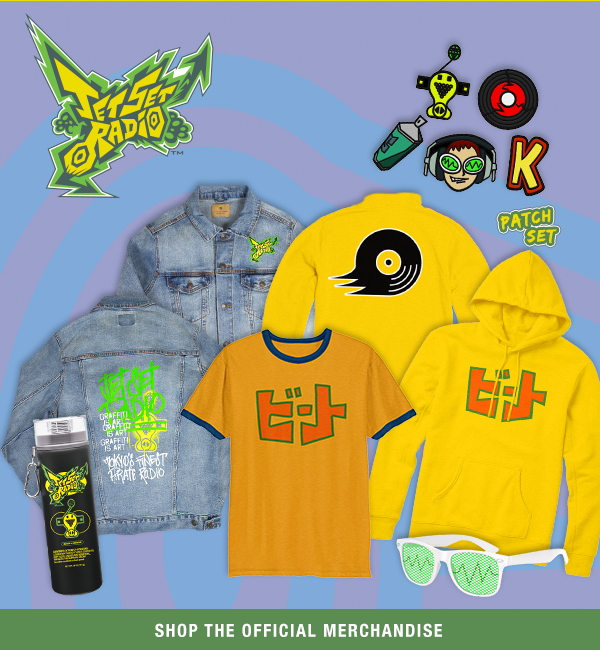 SEGA’s own online merch store SEGA Shop is now a year old. Since the shop’s debut, they’ve expanded beyond Sonic and SEGA Genesis themed items to include Yakuza, Altered Beast, Shinobi and others. The latest addition is a lineup of Jet Set Radio themed merch. Items include a t-shirt, a denim jacket, hoodies, patches, a water bottle, glasses, a graffiti stencil and a smart tablet case.

Overall, the items look pretty good. The denim jacket and patches look very cool, and the shirts and hoodies appear to be decent alternatives to Insert Coin Clothing’s stuff. My only complaint is that they need some more images of the included items. The tablet case preview shows the flap open, obscuring half of the outside graphics. Meanwhile the Beat t-shirt doesn’t make it clear if the back includes the design seen in-game. Check the lineup out for yourself here!