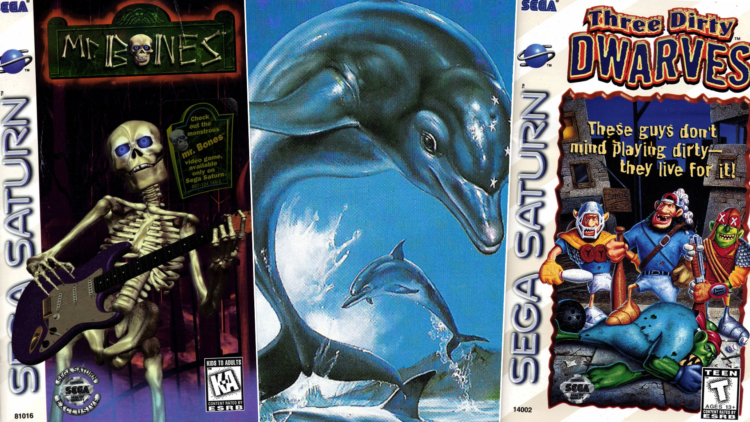 Ecco the Dolphin creator Ed Annuziata has a new game coming out called Space War Arena for the Nintendo Switch. If you kept up on Ed’s social media, he has had meetings at Nintendo these last few years and this has lead to people assuming (more like hoping) was working on a new Ecco related dolphin game for the Nintendo Switch, but its actually a new IP! In a interview with Nintendo Life, Ed Annuziata talks about returning to work on some of his past titles including Ecco the Dolphin, Mr. Bones and Tiny Tank:

“One of the OCD characteristics of my personality is I never give up! When I was trying to convince Sega about Ecco the Dolphin it took me years to get them to bite. There are some challenges I need to overcome but eventually, there will be a new Ecco!

Also, I am trying to find a way to port our Saturn game, Three Dirty Dwarves, to the Switch. I think that’s an excellent game for the platform. Also, if I have it my way, modern versions of Mr. Bones (Saturn) and Tiny Tank (PS1) are heading over to the Switch someday!”

Its a pretty interesting interview and its awesome to see a creator of some of my favorite video games still doing new work. I’d be totally excited to play a brand new entry into the Mr. Bones and Three Dirty Dwarves franchises. Who’d of thought that we would be saying that in 2019?