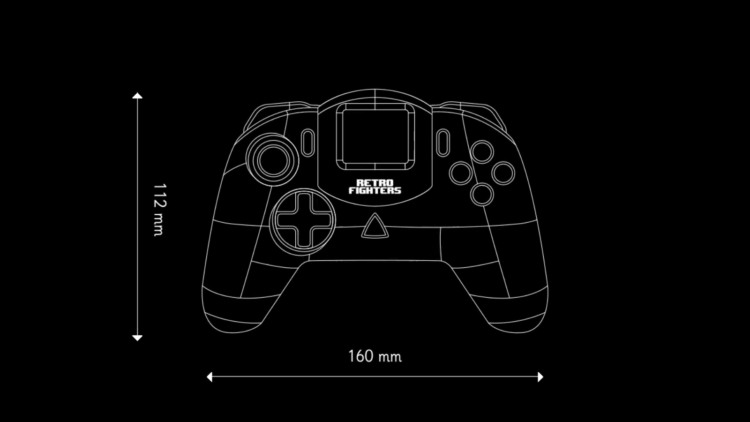 Retro Fighters has also launched a Kickstarter for their “Next Gen Dreamcast Controller.” After it’s first day the project has already blown past it’s initial goal with stretch goals in place for stickers as well as additional color variants. The information on the Kickstarter page shows that the controller retains the features of the original including two slots for VMU and Jump Pack accessories. The controller will also feature two bumper triggers on top of the controller, a larger D-pad as well as turbo functions. The Kickstarter page features a PCBA of the controller’s inner parts with footage of the device in action. The proposed MSRP rests at $49.99 compared to the Brawler 64’s lower price point. The Kickstarter notes this is to accommodate for parts and software necessary to allow for slotted accessories such as VMUs and Jump Packs. Estimated delivery is set for September of this year.

While these devices are likely to compete with Retro-bit’s Official SEGA controllers these are good for SEGA fans looking for alternatives to the standard form factor. Especially since Retro-bit has yet to provide a release of their official Dreamcast controllers. Otherwise there are next to no alternatives for SEGA’s disc based platforms compared to the immense popularity of the Mega Drive of varying quality. The Brawler 64’s overall positive reception helps show promise for Retro Fighters’ SEGA offerings. The 2 in 1 connector for the BrawlerGen has yet to be seen and does not appear to feature a digital/analog switch for Saturn titles (as not all Saturn games support the dedicated 3D Analog Pad which this controller is likely replicating) however the controller may sport a digital switch that is not currently advertised. Dreamcast fans will be happy to have a new controller with a fresh control stick. Both controllers presented will no doubt be a welcome addition for SEGA fans who want to find modern styled controllers or are looking for suitable replacements. You can check out more information on the BrawlerGen on their website as well as their Kickstarter page for their Dreamcast controller.