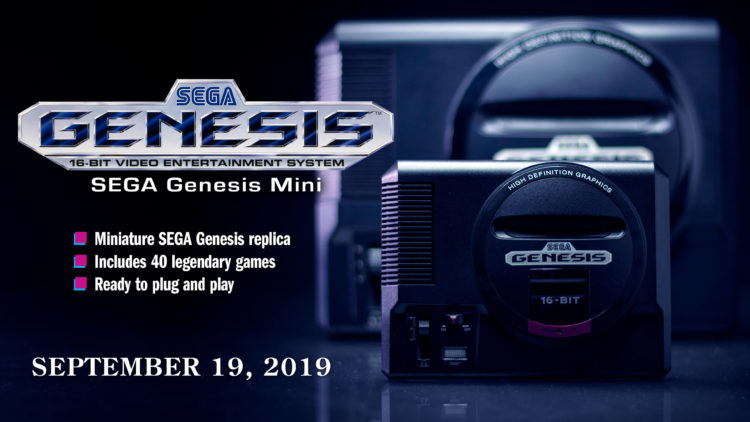 Yesterday, SEGA FES revealed the SEGA Mega Drive Mini. Today, SEGA of America and SEGA Europe revealed their versions of the plug and play console. Like the Japanese version, the console will include 40 games. While Japan has two versions, one with one controller and another with two controllers, the western versions will include two controllers with price points of $79.99/£69.99/€79.99 and a worldwide release date of September 19, 2019.

We have learned since the SEGA FES presentation that emulation is handled my M2, of SEGA AGES and 3D Classics fame, and the menu music will be created by Yuzo Koshiro!

Unfortunately, unlike the Japanese version the western releases will not feature the superior six-button pad. Instead the original three button pads will be included. If I had to guess, SEGA is hoping fans will buy the recently released officially licensed Retro-Bit controllers (should they work with the plug and play console). 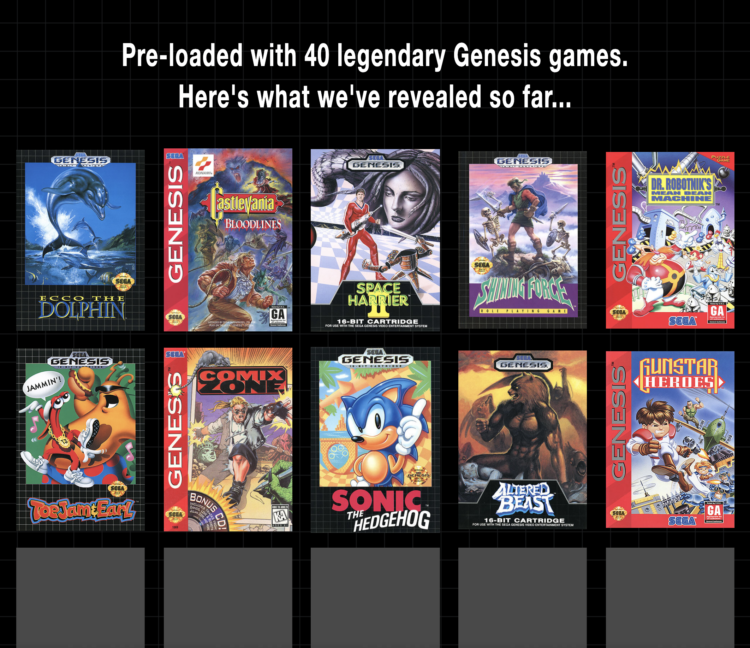 As for the games, there are some similarities and differences from Japan’s initially revealed lineup. So far SEGA has revealed:

With more to come! Personally, my fingers are crossed for complete collections of Streets of Rage, Golden Axe and Phantasy Star. It’s crazy that I am saying this about one of the console’s greatest games, but it would be amazing if Sonic 3 and Sonic & Knuckles were also included. On the other end, it would be interesting to see a lineup that doesn’t attempt to be complete in terms of franchises, and instead offers a sampling of every genre. Though with 40 possible games, I can’t see why they couldn’t do both.

Pre-order links are coming soon, and we will share them as we have them!

SEGA Talks About What’s Next After the Game Gear Micro