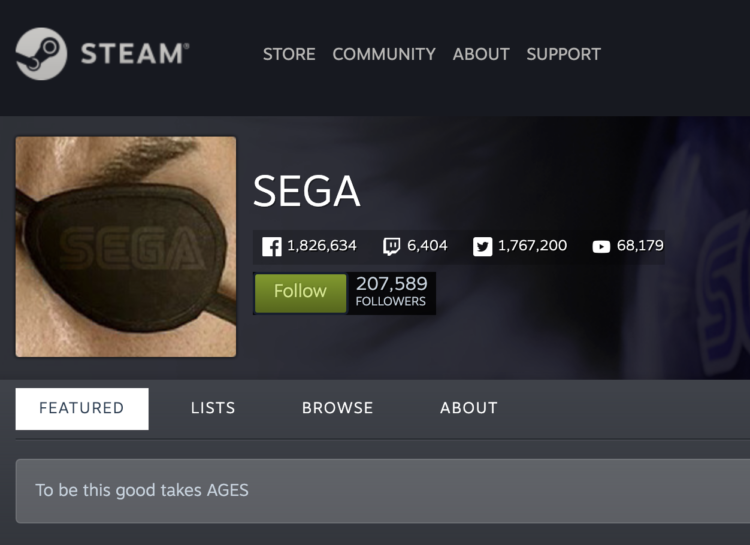 Last month we shared the news that the ESRB had rated Yakuza Kiwami 2 for PC, and now it seems SEGA is ramping up their marketing for a reveal of the release. The official SEGA Steam account has updated their profile picture to Goro Majima’s eyepatch, which is right in line with past PC reveals by the company. As discussed on SEGA News Bits Extra, we think Yakuza Kiwami 2 coming to PC before Yakuza 6 is a wise move as the prequel Yakuza 0 and the first Yakuza Kiwami have previously released to PC. With the next chapter in the story soon to be released on the platform, it sets SEGA up nicely for a release of Yakuza 3-5 for PlayStation 4 and PC in the west, followed by Yakuza 6.