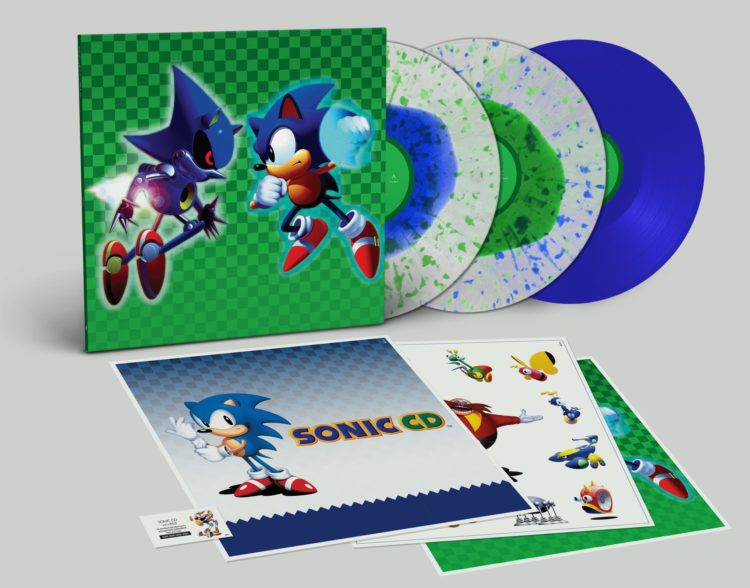 Data Discs is retuning to the world of Sonic the Hedgehog soundtracks with an impressive 3XLP release of Sonic the Hedgehog CD. Available to pre-order now and shipping September 2019, the release will feature the original Japanese score composed by Naofumi Hataya and Masfumi Ogata, newly remastered. The release will present the soundtrack in the game’s time zones, meaning “present”, “good future”, “past” and “bad future” will all be lumped together. The release will be accompanied by three double-sided art prints, liner notes from Naofumi Hataya, and a bespoke etching design on Side F of the soundtrack. There will also be a download code for lossy and lossless digital versions of the soundtrack. The release will be in three editions: 180g Clear Vinyl w/ Blue & Green + Sonic Blue Etched Disc (Limited Edition), 180g Sonic Blue Vinyl + Etched Disc, and 180g Classic Black Vinyl + Etched Disc.

Per the official pre-order site: Pre-orders for the limited edition will remain open until Monday 17th June (closing at 12:00pm UK time). Anyone who orders before then will be guaranteed a copy. The expected shipping date is September 2019.