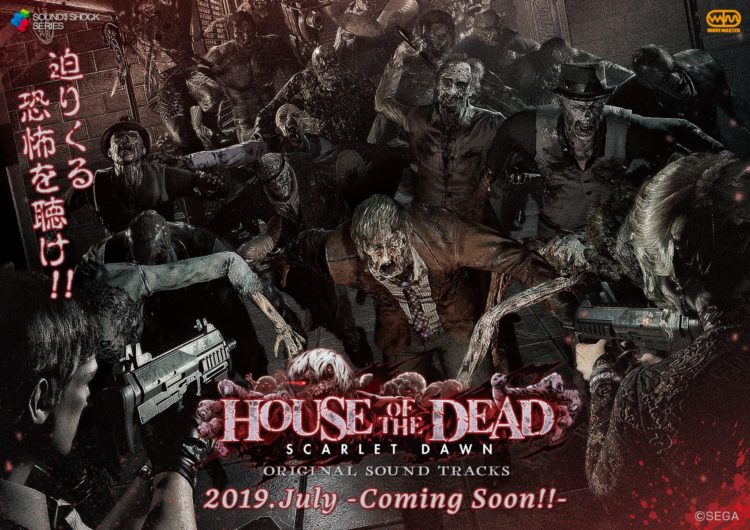 Wave Master, known for developing soundtracks for numerous SEGA games, recently made an announcement on Twitter that the sound development team will be releasing House of the Dead Scarlet Dawn Original Sound Tracks sometime next month with more official information to be announced later.

I did a arcade review on House of the Dead Scarlet Dawn and I can tell you the soundtrack is really good. Few good examples is that each boss has their own music track and the soundtrack composed by Hiroshi Kawaguchi (Hiro) who has also composed music for Outrun, Space Harrier, and Afterburner.

We’ll keep you updated on this article once the official release date is announced.

House of the Dead: Scarlet Dawn to appear at all Dave & Busters locations this fall