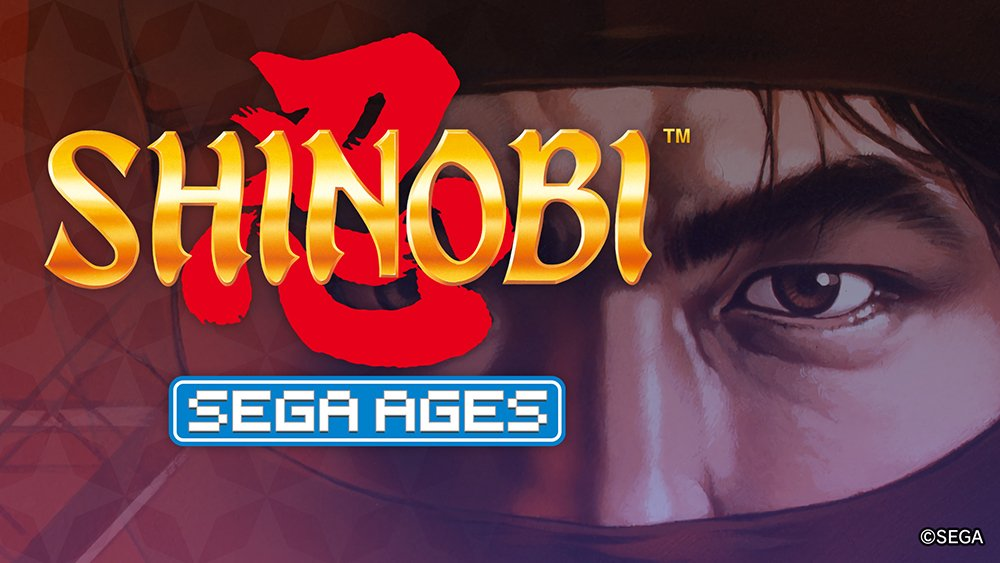 SEGA AGES continues along, now entering the mysterious world of ninja with the SEGA arcade classic Shinobi. In this game, you play as the ninja Joe Musashi, as you’re tasked with rescuing kids held hostage scattered throughout the stage, with an emphasis on jumping between foreground and background. Of course, it won’t be easy, as you must also fight your way through swarms of enemies, armed with your melee attacks, throwing weapons like shurikens, and special attacks that clear out the screen. All tied together by the occasional Bonus Stage, where you have to clear out every ninja with either your shurikens or sword.

SEGA AGES Shinobi adds several new features, as usual with these SEGA AGES releases. For those that want to improve themselves or want to skip stages, both a new stage select and difficulty options are now available. A special border will also be provided that emulates an arcade setting, similar to SEGA AGES Space Harrier. But the biggest addition is the SEGA AGES mode, which causes Joe to dress up in white garments, be fully powered up, and have a life system. For those that have played The Super Shinobi (aka The Revenge of Shinobi), this brand new SEGA AGES mode will be very familiar.

SEGA AGES Shinobi is priced at ¥999 (roughly $9.20), though with no definitive release date yet.