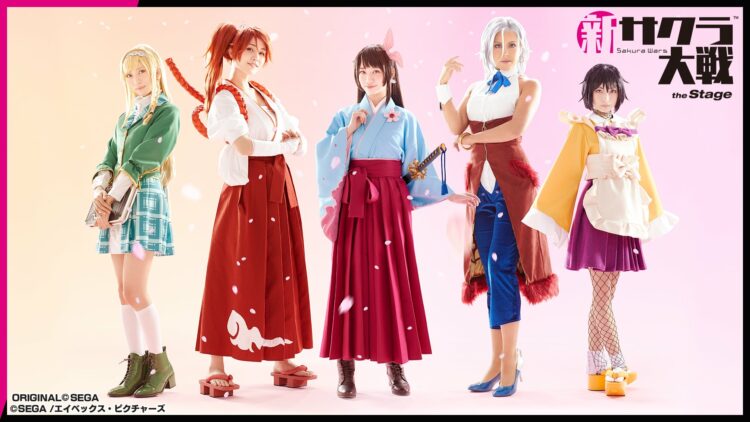 Shin Sakura Taisen the Stage will begin from March 5th (Thursday) to March 8th (Sunday) at the Sogetsu Hall with tickets going on sale for 6,800 yen. The Stage so far will feature the main cast from the game but with different performance actors. (From left to right): Clarissa “Claris” Snowflake, Hatsuho Shinonome, Sakura Amaimaya, Anastasia Palma, Azami Mochizuki.

Shin Sakura Taisen the Animation will broadcast in Japan sometime in April 2020 and there will be a live broadcast covering the anime series on a later date in January. 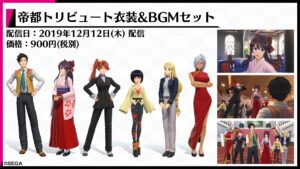 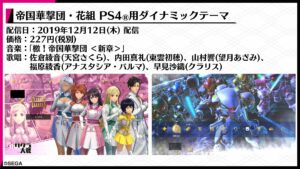 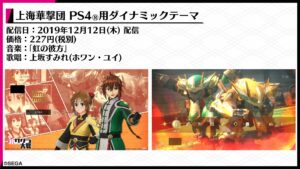 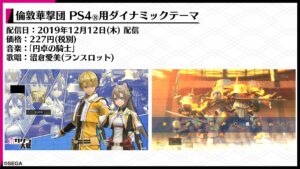 Finally, DLC dates has been announced for the game which features several costumes for the main cast including a few attires that makes callbacks to the original games plus BGM for 900 yen each and PS4 themes for several of the Assault Force Teams. Here are the list of dates and price for each DLC:

Shin Sakura Taisen (Project Sakura Wars) is now available in Japan for Playstation 4 for and soon to be released in the West in Spring 2020.