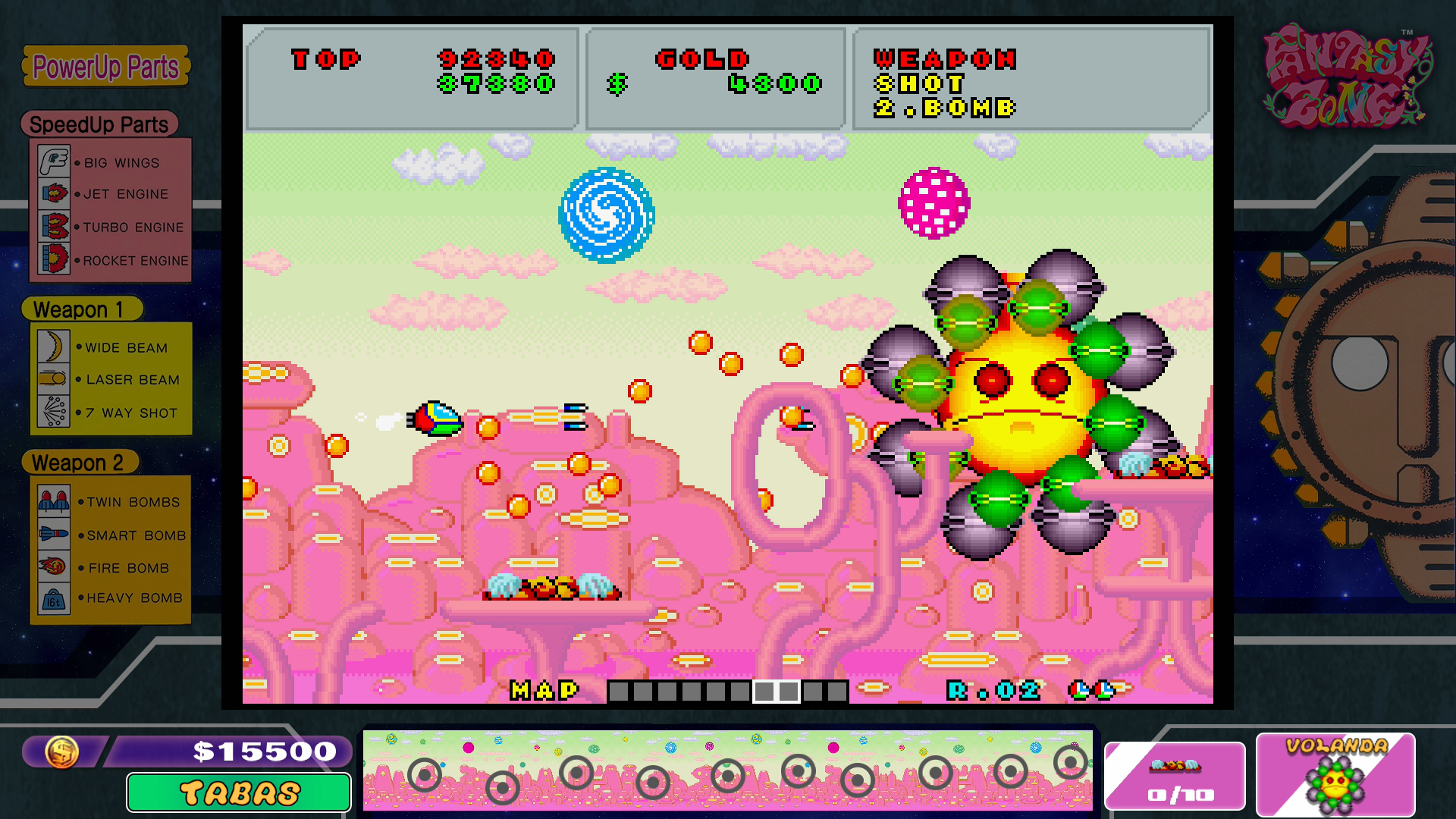 Two SEGA arcade classics are coming soon to the Nintendo Switch eShop in North American and European territories, Fantasy Zone and Shinobi! Both will be available on January 23rd simultaneously.

SEGA AGES Fantasy Zone is based on the 3DS iteration, Fantasy Zone Opa-Opa Bros. In this game, you take on the role of Opa-Opa, as you must blast down all of the the bases and the residential boss of each stage, with a large assortment of weapons and engines to help you on your mission, for a price of course. Like the 3DS version, you have the option of hoarding money and using it in repeated playthroughs, the return of the Upa-Upa Mode where you play as Upa-Upa with weapons readily being available at the cost of them consuming money like ammunition, and extras unlocked once you earn enough money in the bank.

SEGA AGES Shinobi puts you in the role of Joe Musashi, as you must rescue kids held hostage in each stage. Armed with throwing weapons, a melee weapon, and special attacks, you must fight your way through each stage. Occasionally there will also be a bonus stage, where you much kill every ninja trying to approach you in a gallery-shooter fashion. This version of Shinobi will also include a special “SEGA AGES” version, that mixes up the gameplay with Joe being powered up and wearing white suit similar to Revenge on Shinobi on the SEGA Genesis, along with the inclusion of a stage select allowing you to pick any stage you want.