The most popular game in this collection will be Bayonetta, considering that the character continued with a sequel, which was published by Nintendo and has appeared in Super Smash Brothers franchise. While the Vanquish IP never got a sequel and the character has basically been put to rest outside of these re-releases.

Its easy to see why Bayonetta stayed popular, right when starting Bayonetta all over again, you get sucked right back into its world. I love the idea behind the game and how you fight against angels that take biblical refrences and created these giant awesome looking bosses. I know some people would find the idea of using Christian angels as enemies in games to be offensive, but I feel that the game handles it in a really fantastic way that it seems more like inspiration than actually having a any religious message. 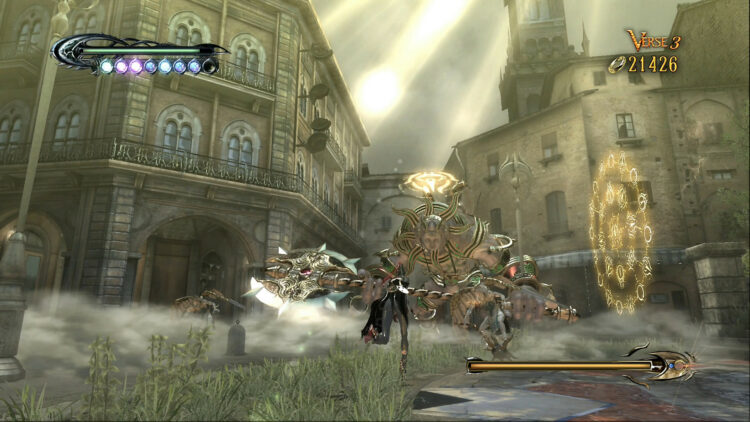 As far as the story of the first Bayonetta goes, you play as the title character after being revived 20 years ago from the bottom of the lake, with no memories of your past. The only clue you have is that you own half of the “Eyes of the World”, in your journey you will fill in Bayonetta‘s past including information about Umbra Witches and a mysterious Witch named Jeanne. While the story doesn’t seem like anything groundbreaking at the start, the further you get into the game the more the story improves and even has some really epic moments towards the end of the game.

Bayonetta is an action game quite like Capcom’s Devil May Cry (unsurprisingly, some of the team behind this game worked on Devil May Cry including director Hideki Kamiya) where you learn the deep action system to try and survive the onslaught. The game has big focus on battles but also has creative set pieces between fights that flesh out the game and allows the game to relax before high action climax fights. The game also features a huge array of combos that the player can string together and plenty of creative bosses that make you learn their movements if you want to survive. The game’s combat system is also highly satisfying, so when you do string those long combos you feel like a million bucks. 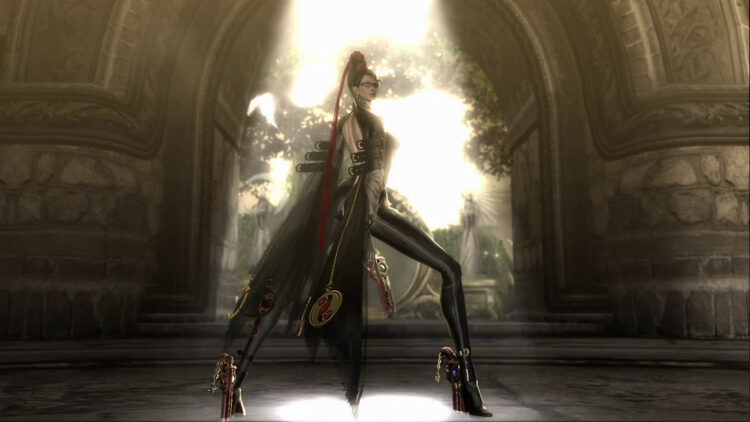 But the thing that makes you coming back to the game, is its ranking system where they reward you for beating waves of enemies fast and without taking damage. This means that you can comeback, perfect your combat skills and get that sought after Platinum ratings. The game also features a ton of different difficulty options to accommodate casual and hardcore gamer alike. Of course I have to mention that this game also has a lot of SEGA fan service including a huge nod to Afterburner. Which of course is awesome.

Its really hard to not gush over an action game like Bayonetta that does so much right. 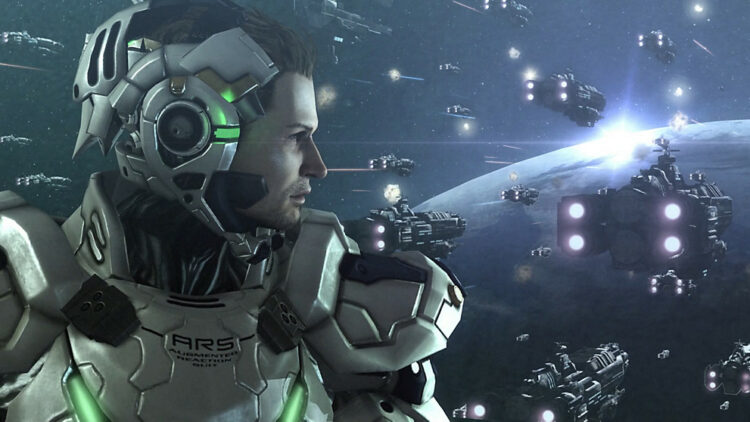 The other game in this pack is Vanquish, which in my opinion was quite underrated since a lot of critics just didn’t seem to understand the game.While some reviewers played the game as a cover shooter, Vanquish is actually the anti-cover shooter and it really does feel like the team was mocking the popular Western genre. This game to me seems like they took the ideas from Bayonetta but instead made it into a 3rd person shooter. Some people say the game pays homage to bullet hell shooters, I agree and call it an ‘Arcade Shooter’.

Vanquish has a slow-mo meter that the player has to juggle along with really tight 3rd person shooting, the ability to do slick roll maneuvers, and a deep ranking system. While games like Gears of War encouraged the player to use cover to stay safe and beat areas, Vanquish actually hurts your ranking if you stick to cover and forces the player to use cover only as a last resort to dying. The game also encourages you to replay stages to find faster ways of beating waves and bosses to increase your score. Of course the game has a online ranking system which can get addicting. The game also has a variety of weapons for you to use and each one has its ups and downs. You will have to experiment on which one works best for what type of enemies. 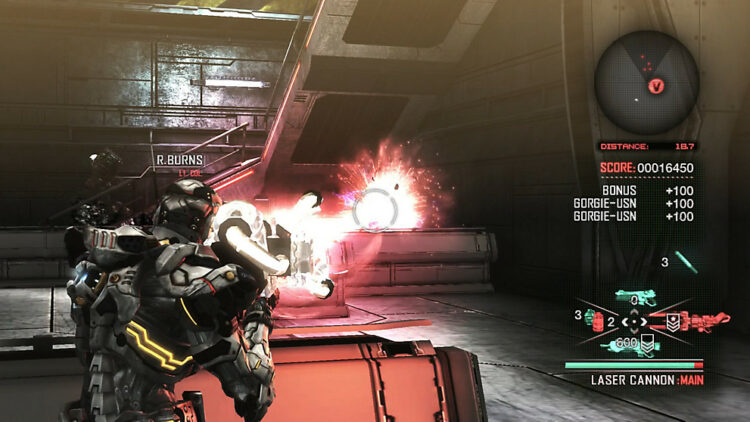 One of the things that I never hear fans talk about Vanquish is its story, which isn’t that remarkable but seems to be a sarcastic take on popular Western shooting games (Gears of War, Call of Duty). The game takes place in the near future where the United States of America is trying to stop its energy problems by launching a O’Neil Cylinder space colony using solar energy microwave transmitter. While Russia is taken over by ‘Order of the Russian Star’, which captures the Providence and uses a microwave transmitter to destroy San Francisco. Now the President has called on Bravo Team and you, the cool cigarette smoking outsider (See Metal Gear Solid) Sam Gideon who works for DARPA to regain control of the space Providence. If you played any of the games I mentioned, you will probably figure out how the story will go. The game gives you plenty of manly army men with gravely voices screaming while shooting down waves of robots.

One of the major complaints that critics gave this game was for its lack of multiplayer (which quite frankly it doesn’t need at all) and content. The game is rather short and if you’re good enough you could beat the whole thing in under 5 hours, easily. But the game isn’t about its length, its about mastering what the system that’s been given to you. I will agree that the game could have been larger scale, had more bosses and more weapons; but what is here is super solid. The game also re-uses in-game assets to make ‘Tactical Missions’ where you beat even bigger waves of enemies as fast as possible and they are hard. Sadly there are only six of these missions. 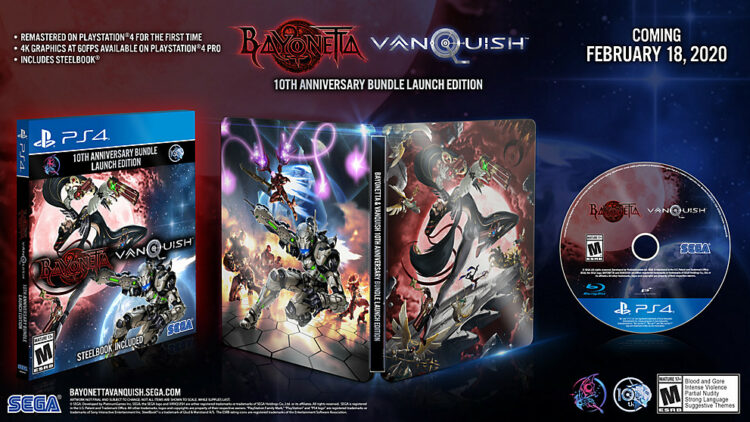 So what does the Bayonetta & Vanquish 10th Year Anniversary release have that wasn’t in the original versions? In terms of new content. None. But it does run at 4K at 60fps on PlayStation 4 Pro (which I played) and Xbox One X. It really is nice playing these games at higher resolution. The only time I saw any frame drops was close to the end of Vanquish when a boss does a massive grenade attack, the game drops frames for a split second. Nothing major and most people would probably not notice but I did. Both games also have moments where you can be one hit killed, especially Vanquish, where it feels kind of5 cheap. They also do this with QTEs you fail, which is quite annoying if you beat a boss perfectly and missed a timed QTE because you forgot games had them (I’m OK with not having QTE deaths in games anymore).

One other issue I had was that Vanquish‘s cut scenes looked to be low frame rate video files, having a weird choppy look like they did in its original release. While Bayonetta‘s cut scenes seem to be rendered in-game, so they look sharp and run silky smooth. Even though I have minor complaints, these both games still hold up and are well worth your money.

“The Definitive Console Ports of Bayonetta and Vanquish!”
Ad: