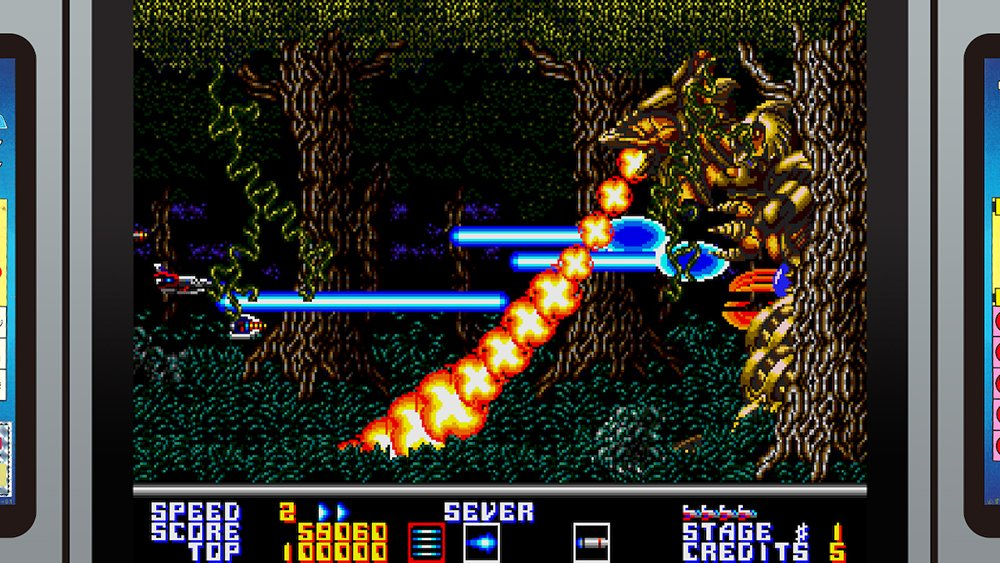 We have a release date for SEGA AGES Thunder Force AC. You can  travel across different planets and fight against the ORN Empire this upcoming May 14th, from the Japanese Nintendo Switch eShop for ¥999.

SEGA AGES Thunder Force AC is an arcade remix of the game Thunder Force III. While the general structuring is similar to the original game, there are several differences for this new arcade iteration to mix things up for veteran players, such as enemy and weapon placements being tweaked, some levels being overhauled, and the lack of a stage select. This SEGA AGES iteration also includes extra features, including the ability to play as four different ships with their own properties, and a Kids Mode meant for less experienced players where the player doesn’t lose their weapons upon death.