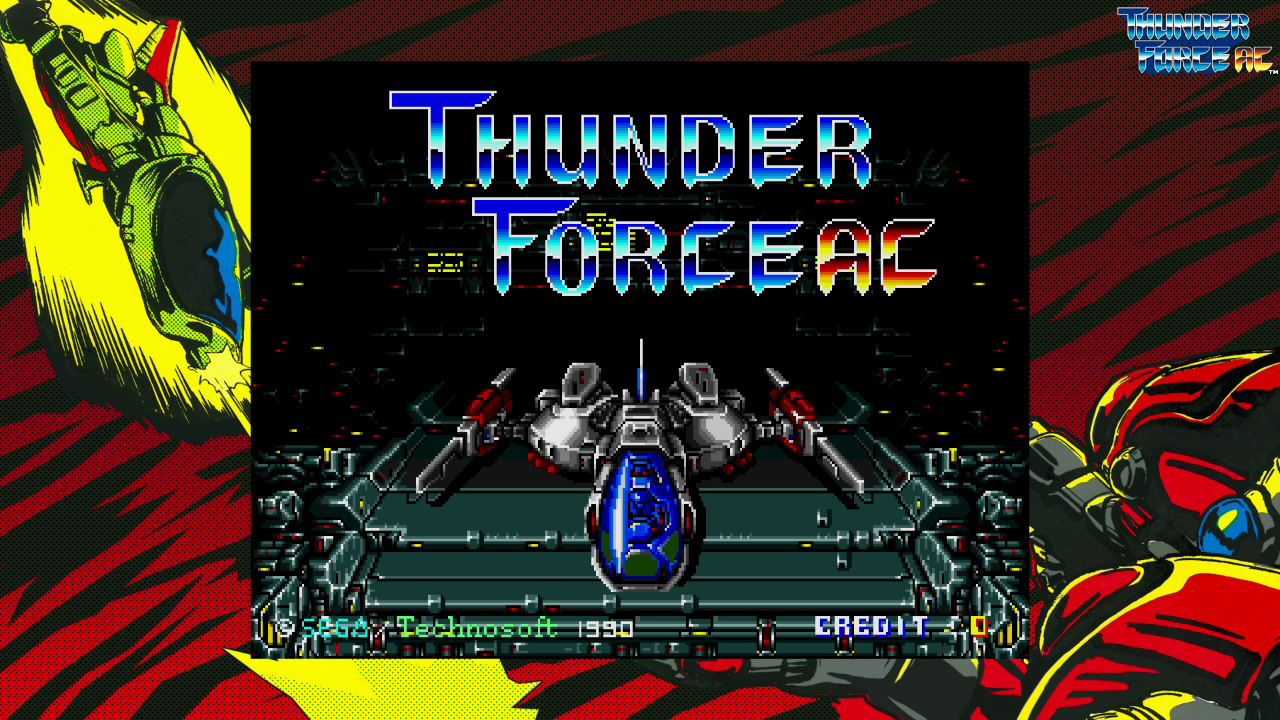 In Thunder Force AC, you take on the role of piloting the FIRE LEO-03 “Styx” through 5 different planets and eventually the ORN headquarters, blasting anything that gets in your way with an assortment of weapons that have different properties. While similar to Thunder Force III, there are several differences to still make this a worthwhile playthrough, including audio improvement due to the SEGA System C2 hardware, and rearrangements of enemy and weapon layouts. SEGA AGES Thunder Force AC will also come with several additions, such as the ability to play as four different ships, including the ship Fire LEO-04 “Rynex” from Thunder Force IV, and a Kids Mode for novices who want to play the game without getting a weapon deduction punish from dying.