The previously announced games include: 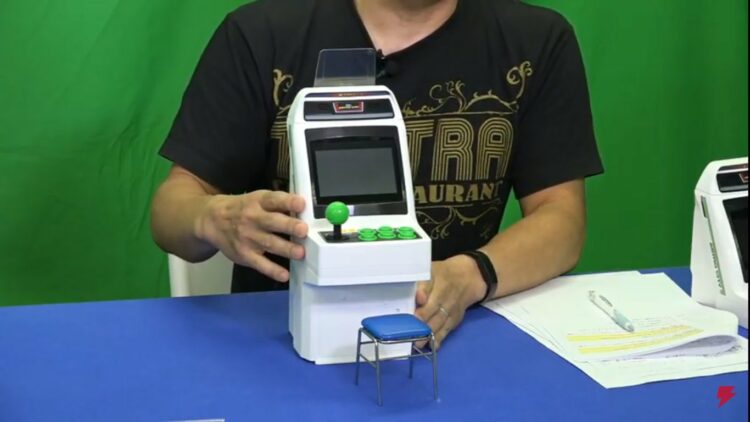 Also revealed is a kit of plastic accessories that turns the unit into a mini sit down arcade machine complete with base, stool (not for actually sitting on) and a place for the arcade game marquee. At the moment, it is unknown how to obtain these additional items, but Amazon has had a limited version of the machine at a slightly higher price. Alternatively, this could be a pre-order incentive like we have seen with the Game Gear Micro’s magnifying glass accessory, or it could be sold on its own like the Mega Drive Mini’s Tower of Power.

UPDATE: Game Watch has a news story about the Astro City Mini Game Center Style Kit which they say releases in December for 3,980 yen (about $38). So the kit is being sold separately.

Additional news is said to hit on Famitsu’s stream on September 3rd. In the meantime, you can reserve the machine from a number of online shops with Amazon Japan being your safest bet as it ships internationally. At the moment there is no plan for a western release of the machine, and in my own opinion I would not hold out for one.