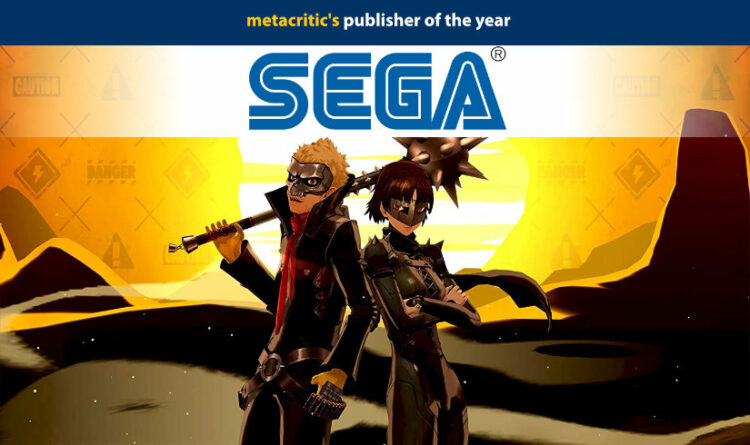 Metacritic had this to say about SEGA’s win:

Now in its seventh decade, the Japanese gaming company had quite a good 2020, shooting up 17 places in our annual rankings to take the crown as our #1 publisher of the year. Sega’s average Metascore (including games published under the label of its Atlus subsidiary) was actually a fraction of a point below that of our #2 publisher, Annapurna, but Sega was boosted into the top slot by virtue of having two stellar 2020 games—though both (including Metacritic’s 2020 Game of the Year, Persona 5 Royal) were ports of previously existing titles to new platforms.

In fact, Persona and Yakuza ports accounted for Sega’s five highest-scoring products in 2020—while numerous console ports of Two Point Hospital and Bayonetta also helped bolster Sega’s average score. The publisher’s best completely new game last year was the strategy-adventure mashup 13 Sentinels: Aegis Rim. (Some of these games were released prior to 2020 in Japan, but we use North American release dates for our calculations.)