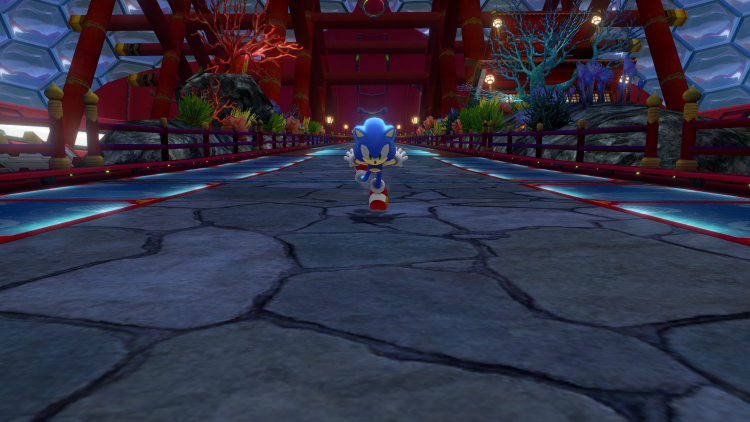 Not since Sonic Adventure DX has a 3D Sonic game seen such a drastic overhaul, though unlike DX none of the charm of Sonic Colors is lost in the Ultimate package. While I suspect more eagle eyed fans will compare the two versions and find an odd lamppost or potted plant changed, the art design and feel of the game is intact. The visual upgrade to 4K in 60 frames per second elevates the game and removes one of the major hurdles found in the Wii release. Worth noting, however, that the Switch version lacks these visual upgrades. 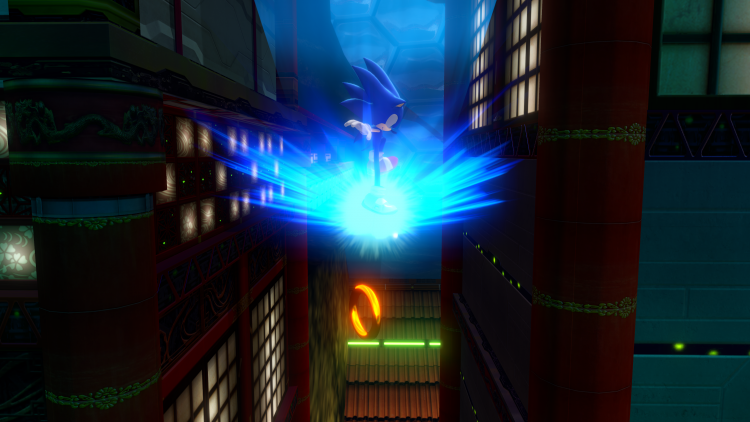 Sound has also seen an upgrade, with a newly mixed soundtrack and new remixes of classic tracks from the original artists. While I’m no Sonic music expert, from what I recall the original game saw three music tracks for each planet, and with each planet having six acts and the three tracks were used twice. But in Ultimate, three remixed tracks mean that each act has unique music. I’ve reached out to SEGA to confirm, but if so this is only an upgrade to my ears.

In addition to some control tweaks, the biggest gameplay alterations come in how the life system is managed and the inclusion of a new wisp power up. Gone are Game Over screens, as Sonic’s life icon has switched to Tails as players collect giant Tails heads to act as a chance to be rescued from an enemy death or bottomless pit, with Tails airlifting Sonic to the nearest spot before the loss. Should the player run out of Tails icons, they are sent back to the last star post. I’ll admit, at first I missed the Sonic game staple of 1UP icons and Game Over screens, but after some of the more difficult levels I enjoyed the far friendlier life system. 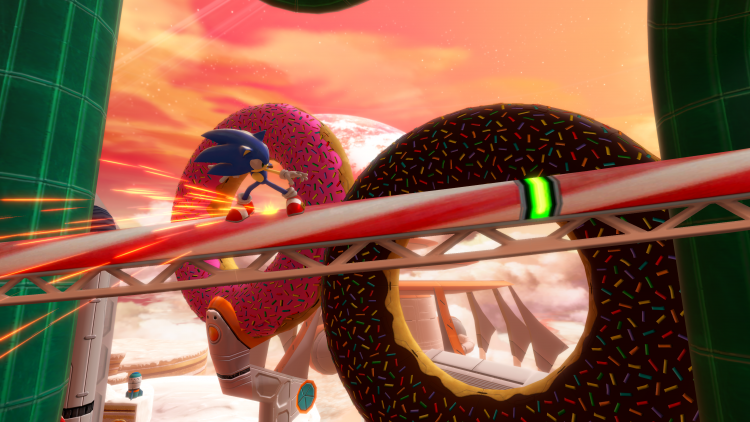 The Jade Wisp is the new wisp power up in Ultimate, though fans first experienced this wisp in Team Sonic Racing. It’s a fun bit of synergy between Sonic games to see the power up carry over, and in-game its a nice addition as it allows you to explore new areas of stages by passing through walls to collect the game’s collectibles.

Speaking of collectibles, another new inclusion to Ultimate is a bevy of cosmetics that players can use after trading in gold medallions that are littered throughout the game. Being 100% optional make this system a fun and stress free diversion for players who like to tackle additional challenges within stages but want more than just a Tails save as a reward. Players can unlock new gloves, shoes, auras and boost effects as well as a number of save icons that celebrate the franchises’s past, present and future as well as a number of other SEGA franchises.

The Sonic Movie has quite a presence as pre-order incentives include cosmetics that give Sonic a blue electric aura and blue eyes as well as icons featuring renders from the film. The oddest inclusion is a Baby Sonic keychain in physical western releases that really feel like SEGA is trying to unload a ton of overstock movie promotional merchandise. But hey, this is Sonic Colors, the game that dumped millions of Sonic hats on fans in 2010 as pre-order incentives, so maybe SEGA is just staying true to the original game in offering up weird promotional items. It’s just a shame Japan is getting such a cool 30th anniversary package that can only be obtained through importing. 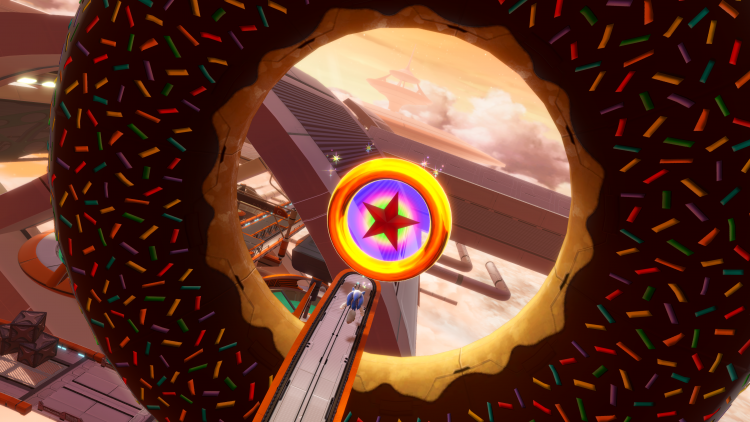 Last but not least, Sonic Colors Ultimate has also added a Rival Rush mode, giving Metal Sonic a place in the game as an AI rival racer. Fans of the PSP Sonic Rivals series should enjoy this mode as it puts an emphasis on speeding through stages as fast as possible. Also intact is the original multiplayer mode Sonic Simulator which puts robotic Sonics against each other in simulated stages that reimagine the original 1991 Sonic the Hedgehog stage layouts, a fact that I was the first in fandom to discover way back in 2010 on the Sonic Stadium forums.

I greatly enjoyed the original Sonic Colors, and Ultimate is a remaster done right. The original game is intact and is given a graphical and gameplay lift through a much needed visual boost and unobtrusive additions. The frustrations of the original game remain. You will still curse whenever you miss a platform thanks to Sonic’s slippery controls and inadvertent boosting, but to fix this would be to fundamentally change the game and I can’t fault Ultimate for that. My only real negatives are that cutscenes do not appear to be remastered, almost looking like upscaled Wii graphics, and the game suffers the occasional graphical glitch. For example, after completing an act, the next act unlocked but the path did not appear leading me to move Sonic along a blank path. In another instance, Tails’ helicopter sound effect failed to go away until I ran a bit from the place I was dropped off. Overall, though, the game is as solid as a remastered Wii game can be.

If you loved – or even just liked – Sonic Colors, Ultimate is a worthy upgrade!

“The colors STILL feel so right!”

Want to learn more about the development of Sonic Colors? Check out our SEGA Talk video podcast!