Unfortunately the SEGA Saturn and Windows PC port of the original game suffered a massive graphical downgrade compared to the superior Model 2 arcade version. The House of the Dead (1997) was the only game in the franchise not to be ported to more modern consoles and is nearly impossible to play unless you see it in a local arcade or through emulation. Then in 2019, Forever Entertainment, in cooperation with subsidiaries MegaPixel Studio and TA Publishing, signed an agreement with SEGA Holding Co., Ltd. to develop remakes of The House of the Dead and The House of the Dead 2 after the development of Panzer Dragoon: Remake was finished.

The review you are about to read is from a review copy provided by Forever Entertainment. 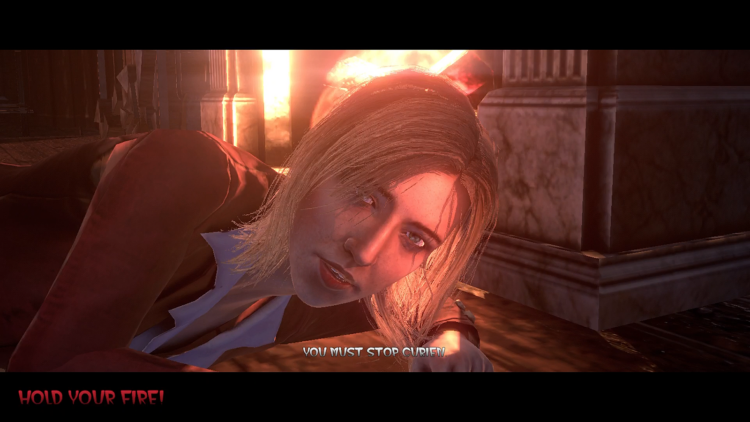 The story is the same premise as the original arcade game. Dr. Curien goes insane as he researches ways of becoming immortal and releases a hostile biologically-engineered creatures in the mansion. These events have led AMS Agents Thomas Rogan and G to investigate the disappearances of missing researchers, including Rogan’s fiancée, Sophie. Depending on your performance during the game, the player will be rewarded with one of the three endings and a ranking score. The House of the Dead: Remake definitely does a good job when it comes to the cutscenes & voice acting which is not only faithful to the original game that aimed for a B-Horror film setting; it also an improvement when you play as either one of the two main characters, be it solo or cooperatively with a friend as you can see unique character traits based on their actions.

The presentation of the game really has a great aesthetic going for itself with updated graphics showing us a gritty and darker version of the original arcade classic with certain moments that I will touch on later in this review. 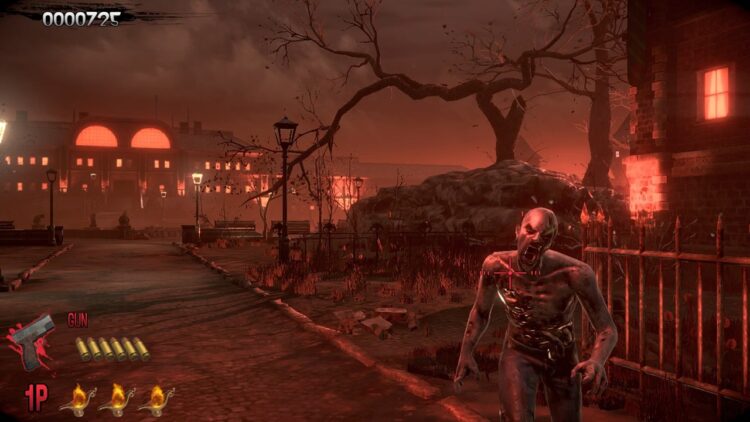 The remake also comes with new modes and features that give players  more replay value that give gamers more reasons to comeback. Starting with Campaign Mode, Campaign features two modes:

Original Mode which allows players to play the game similar to the arcade version with no changes and then there’s Horde Mode which adds 15x more enemies on screen.  Both modes allow players to choose multiple options before starting the game such as difficulty level from Easy to Arcade, Classic & Modern score modes, and the option to choose cooperative or competitive multiplayer.

Players can look at their statistics and check the leaderboards if they would like to improve on their shooting skills in Campaign Mode. Gallery Mode is also one of the highlights of this remake as it allows players to check a fully interactive list of creatures that they’ve killed during Campaign Mode, view the achievements that they’ve earned by completing certain conditions, and the armory of weapons that can be unlocked if you are able to save all of the researchers in Campaign Mode.
While its great to have a model viewer for all the ghoulish monstrosities you fight during the campaign, its a bit of a bummer they didn’t include any of the human characters including NPCs and playable characters. 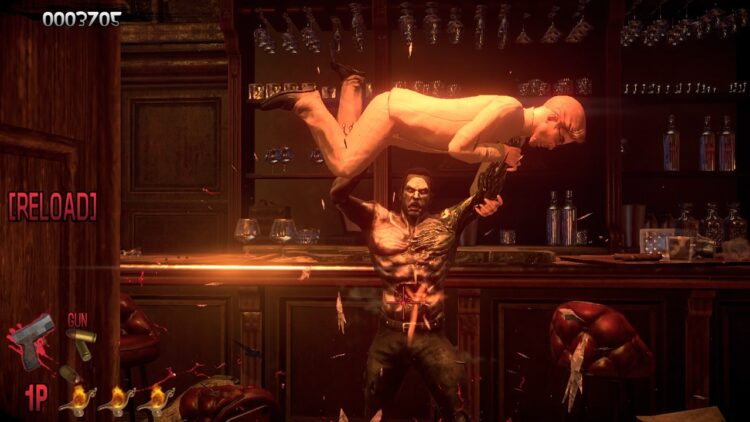 When it comes to the gameplay of The House of the Dead: Remake, do not expect it to be 1:1 with the original arcade game. This remake plays like a brand-new game with some hits and misses. On a positive side, for those who are worried about the controls, the game has multiple options to choose from to satisfy most player’s style of playing the game. You can to play with the standard analog control or gyroscope with the joy con controllers and even the ability to change sensitivity and cursor colors.

The game feels very satisfying when you start shooting down creatures in your path as you progress through each chapter. The blood and gore factor in this remake is absolutely fun as you can blast off limps of the creatures and the game even includes head splattering shots which hasn’t been seen in recent House of the Dead titles other than The House of the Dead III and Overkill. The branching path system remains the same which allows you to take certain paths depending on the situation whether it’s saving a researcher or shooting switches and doors. 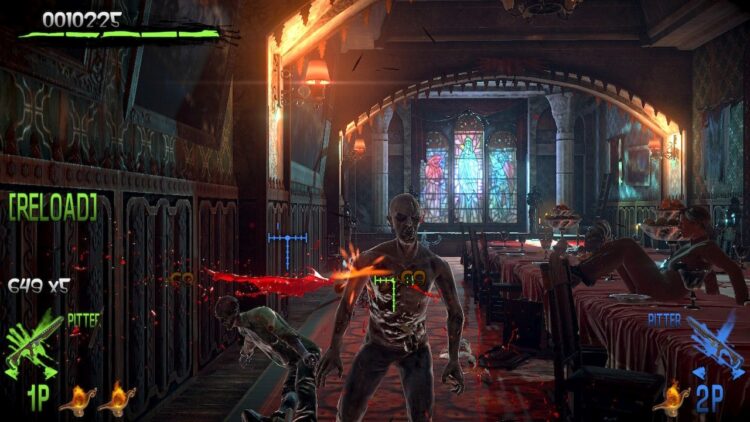 The House of the Dead: Remake’s multiplayer mode is really fun and enjoyable if you have a friend along for the shooting mayhem either through cooperation or competitively. I even tested out the gyroscope feature with a family member which emulates the arcade light gun experience really well as long as you have some distance away from the television.

The only few downsides I have with the gameplay is that some of enemies are a bit too fast and are sometimes harder to kill unlike the original game. Another frustration I had with the game was that the camera shakes unexpectedly in certain situations which led me to shoot researchers either by accident or in the hands of the creatures. At least you can see unique death sequences if you let them die and they’re brutally fun to watch. 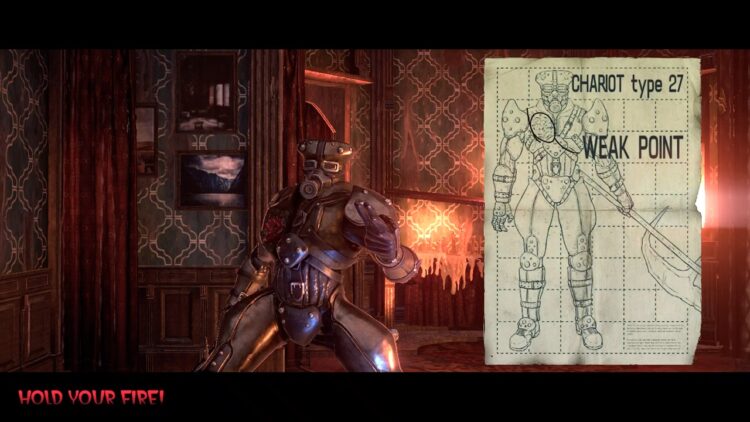 Boss fights were are also a mixed bag for me, playing The House of the Dead: Remake some boss battles felt too easy and other moments kind of dragged on more than they should. But there were also moments like the introduction and the fight with Hanged Man, there is a scene where he charges at the players by running on the pillars to knock them off the roof which was really cool to witness. 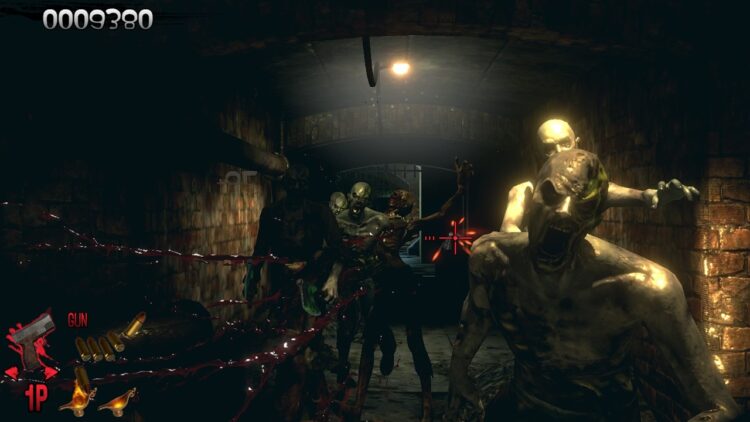 Going on to Horde Mode, it is a different beast than the arcade original mode and is definitely not recommended for those who are new to the game. It can definitely be a bit too chaotic with so many creatures on screen to the point that it can be overwhelming. However, once you’ve unlocked the armory and collect the hidden weapons around the Curien Mansion, you’ll be kicking zombie ass in no time. I can tell you that the grenade launcher really comes handy against a group of creatures and projectiles. 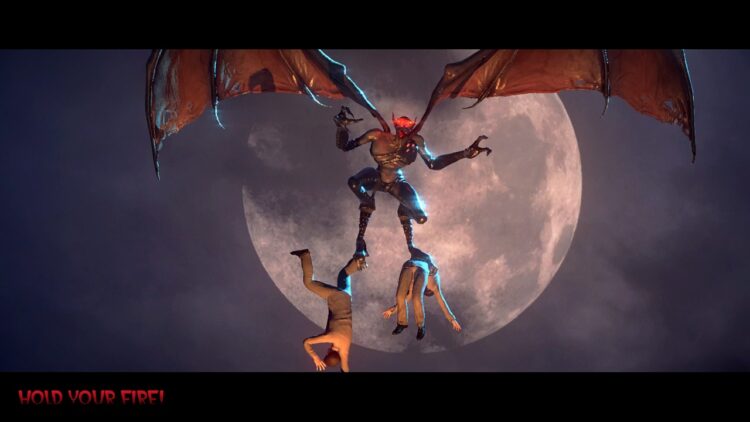 Overall, the game is a decent but not a perfect remake, but don’t let it stop you from checking it out and playing with a friend. Personally, the original The House of the Dead is my favorite game in the series and I hope that the remake receives patches to fix some of the games issues and make it an even better experience for everyone.