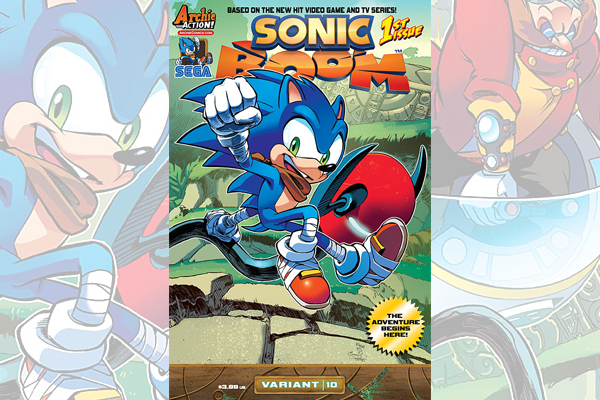 When SEGA’s Sonic Boom was unveiled in October of last year, all we had to go on was four silhouettes and a press release detailing the people behind the TV series and the general direction. What a difference a year makes, as here we are now with a much better idea of what Sonic Boom is all about, as well as an expanded offering of Sonic Boom materials ranging from the TV show and video games, to toys and comic books. Never before has an offshoot of the Sonic the Hedgehog franchise spanned so many forms of media, and such a broad spectrum says a lot about how invested SEGA West is in Sonic Boom. While the TV series is a little over a week away (Saturday, November 8th on Cartoon Network) and the games release in the following weeks, we have the first form of narrative content from Sonic Boom available to us in the form of Archie Comics’ Sonic Boom issue #1. I’ve read it, and now I’m going to review it!