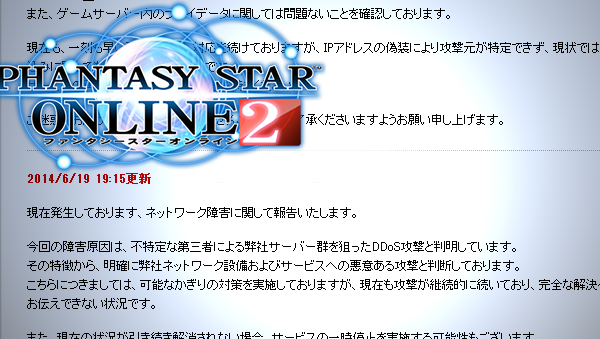 Phantasy Star Online 2 has become the victim of a DDoS attack from a currently unknown third party, according to a statement released by SEGA.

SEGA have said on the matter that game data has not been affected by the attack, and that all services have been suspended relating to playing the game. As of now, it is unknown when the game’s servers will return online.