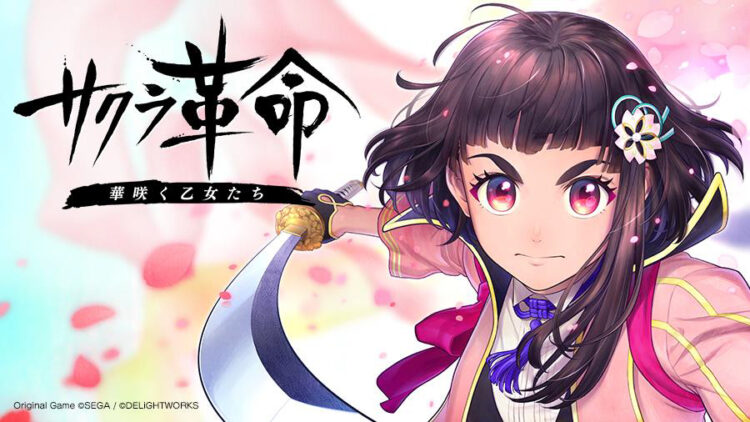 Sakura Revolution, a Dramatic RPG mobile game and spin-off of the Sakura Wars series, is now available for download in Japan for iOS and Android devices!

The game takes place in an alternate version of Tokyo, in the year Taisho 100 (2011 CE). In the year Taisho 84 (1995 CE), disaster struck the capital in a calamity known as the Great Imperial Capital Disaster. The nation was able to rebuild and recover, thanks to the discovery of a new energy based on spiritual power, known only as Mirai.

Sadly, with the activation of the New Imperial Tower, the cherry blossoms stopped blooming. Moreover, demons known as “Koki” began to increase in number, lashing out to attack people across the nation. To protect the people, the government formed the Great Imperial Combat Revue B.L.A.C.K., who protect the people from evil while bringing light to their hearts with unmatched live performances.

While peace reigns among the people thanks to Mirai and B.L.A.C.K. and many have put their trust in the government, some have come to realize that it is but a false prosperity.

These brave souls are known as the Imperial Combat Revue, and their mission is to uncover the government’s conspiracy and retake Japan!

If you want to try the game yourself but don’t live in Japan, Combat Revue Review has a guide available (for Android users) to use over on their website.