Ghostbusters for the SEGA Genesis is a game that holds a very special place in my heart. During Christmas 1991 I received my Model 1 SEGA Genesis with Sonic the Hedgehog bundled in, and from that point forward I was a SEGA fan. Owning a Genesis also meant that a whole world of games opened up to me, and since the console was a little over two years old, I spent much of 1992 buying up games I had missed out on. Buying games in the early ’90’s was tough. Nowadays we have instant access to the internet, so it’s easy to spot a game on the shelf, Google search reviews, and make the decision to purchase. Back in ’92 all I had to go by was the box art and the few screenshots provided on the back. Being a huge fan of both Teenage Mutant Ninja Turtles and Ghostbusters, it only made sense for me to seek out the Genesis titles those franchises provided, and boy did I strike gold.

END_OF_DOCUMENT_TOKEN_TO_BE_REPLACED

In the early 90s SEGA was in a pretty good place. They had finally managed to break through Nintendo’s monopoly over the market, Sonic was a hit and the Genesis was on top. Even so, the Genesis’s position was still precarious. By 1992 the Genesis was four years old and its age was beginning to show. The SNES was beginning to really show off its superior graphics and sound capabilities and the incredible Mode 7 effect on display in Mario Kart was out of the Genesis’s reach (at least, until the release of Pier Solar twenty years later).

So how does SEGA respond? With awesome marketing of course! Marketing that brags about the one thing that the Genesis can do better than the Super Nintendo: speed. What makes this ad even more spectacular is how it takes Mario Kart, the SNES’s most impressive looking game at the time, and compares it to a broken down jalopy. That takes some serious balls.

Blast processing may have been bullshit, but you can’t deny the sheer effectiveness of this ad. Especially since the Genesis continued to dominate the industry in the West after 1992. 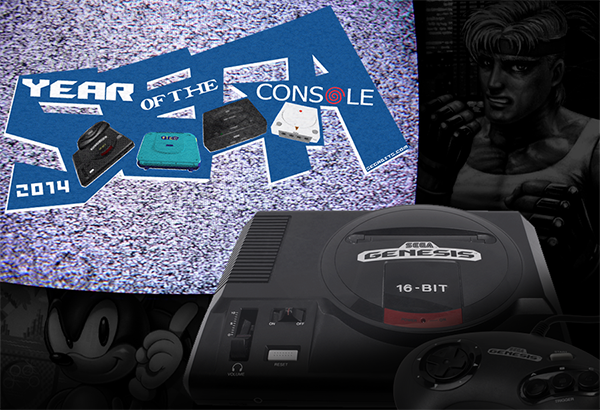