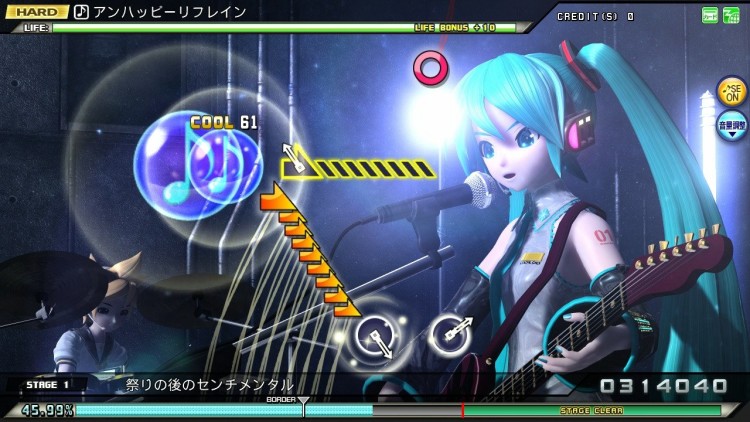 SEGA has revealed during their Tokyo Game Show panel, oddly enough named ‘Sega feat. Hatsune Miku Project’, that Hatsune Miku: Project  Diva Future Tone will run at 1080p at 60 frames per second on the Playstation 4. If you didn’t catch the announcement for this title, its a console port of the long requested Hatsune Miku: Project Diva Arcade game.

Another small mention was the Playstation VR enabled ‘Sega feat. Hatsune Miku Project: VR Tech Demo’, which SEGA says if there is enough positive fan feedback that they will consider making it a full product.