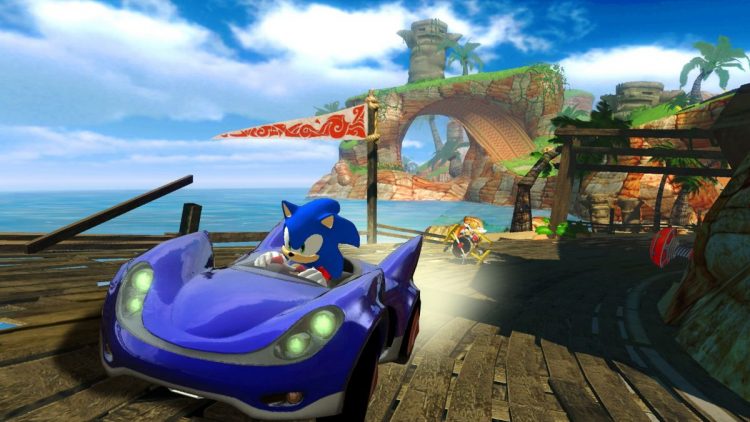 Sonic the Hedgehog‘s recent games have been pretty focused  by being “action games” or “action platformers”. Hard to pin down a genre for the boost gameplay, but they have been what we expect from the Blue Blur. Sonic the Hedgehog chief brand officer Ivo Gerscovich talked with comicbook.com about the upcoming Sonic the Hedgehog movie and a few other topics. The interview was rather short, only having about seven questions answered. One of the questions he got was what genre Sonic hasn’t covered yet and if they are planning to revisit the Sonic RPG concept that they tried with Sonic Chronicles on Nintendo DS (interview says 3DS. Wrong!):

END_OF_DOCUMENT_TOKEN_TO_BE_REPLACED

Sonic the Hedgehog is a huge deal for SEGA, its one of their biggest selling brands. But have they given the series the development focus that it deserved? I would say no, for example even if a game starring Sonic the Hedgehog is good, you can always tell it was rushed out the door. Seems SEGA knows its future survival in the game software industry will rest on how they treat Sonic and they’re making good on their promise by delaying September’s Sonic Boom: Fire & Ice which was mean’t to be out last fall.

MCVUK talked to Sonic Chief brand officer Ivo Gerscovich who had this to say:

“Sega is really – as of this last year – putting a huge emphasis on quality. One of the things about Sonic Boom: Fire & Ice is that we held the title for a year, which is not something Sega has traditionally done, but this focus on quality is really about trying to take Sonic back to where it used to be.”

This is a huge move for SEGA and the Sonic the Hedgehog series, this might finally launch that highly polished Sonic game that all fans have been starving for. SEGA should be happy having such a loyal Sonic the Hedgehog fanbase, considering hundreds of mascot platformers have come, and went while they delivered some of the worse games in the mascot’s history. But hey, here is to the future and the new team at SEGA. Don’t screw this up!