SEGA has launched an interactive site called ‘SEGA Arcade Game History‘ detailing most of their published arcade machines, to celebrate the history of their long running arcade brands. The timeline starts with the release of 1973’s Pong-Tron and ends with the 2012 release of maimai. Obviously the site isn’t complete since SEGA has released more arcade games, their latest big one being SEGA-AM2’s KanColle that came out this year.

Going to be honest, I love when SEGA puts up sites like this celebrating their glorious arcade past. I wish SEGA West had a English version of this ‘SEGA Arcade Game History‘ on their site, but whatcha gonna do, right?

Chunithum is also set to have songs from MaiMai in it. SEGA will be giving away a limited mini-soundtrack album to promote the new arcade. You can see the cabinet design and cover to the mini-soundtrack below. Am I the only one waiting for Virtua Fighter 6? What is this? What… 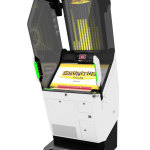 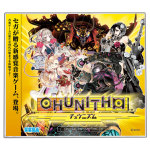 This new flashy arcade unit by SEGA is their latest rhythm dancing game called maimai. It features a round screen with lights around it, and when the game tells you to hit a certain spot in the circle, you do it. Pretty simple, till they speed it up.

Also the cabinet has a camera that allows users to record themselves playing a session and upload it to the popular Japanese video site Nico Nico Douga. SEGA states in the interview that this rhythm game is supposed to allow people be more social. Yes, they know it looks like a washing machine. The arcade is set to hit Japan in July of 2012. The video also confirms that SEGA is planning a Western release. Yeah, that was unexpected.