The recent Nintendo Direct stream has revealed brand new footage of Sonic Forces revealing Classic Sonic’s gameplay. From the trailer, the gameplay shows Classic Sonic running through a Green Hill like setting with a few desert enviroments similar to what we’ve seen before in Sonic Generations and Lost World. Classic Sonic is also seen with newer animations similar to Sonic CD.

The narrator then gives the viewers a hint of Classic Sonic’s apperance in the story by stating “Who is this alternate version of Sonic summoned to this world by Eggman? Can he survive all of his traps and return to his homeworld?” and small tease of the new & third playable character that will be assisting Sonic & his friends through the game

Tell us your thoughts on Classic Sonic’s gameplay and what the new character would be on by leaving a comment below. 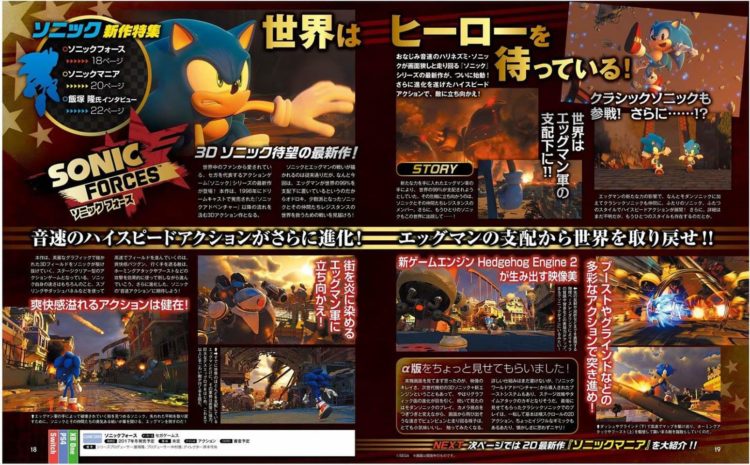