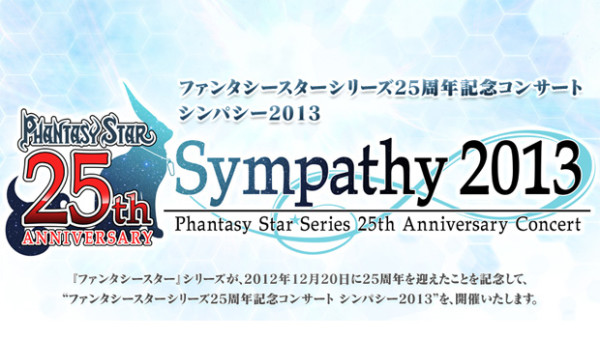 SEGA will be celebrating Phantasy Star‘s 25th anniversary on March 30th, they will be holding a one night symphonic tribute to the franchise and promises big special guest and music pieces from most major Phantasy Star titles. The event will be hosted by voice actress Atsuko Enomoto and legendary SEGA developer Yuji Naka. The Tokyo Philharmonic Orchestra will be doing the music and will be conducted by Masamichi Amano. In a play on words, SEGA will call the event ‘Sympathy‘.

One of the big special guess is our boy Takenobu Mitsuyoshi who will do the vocals for ‘Go Infinity‘.

SEGA will be advertising and sell a lot of exclusive music item codes at the event that will unlock in Phantasy Star Online 2. Sounds like a fun time. No news on streams or if it will be released after.