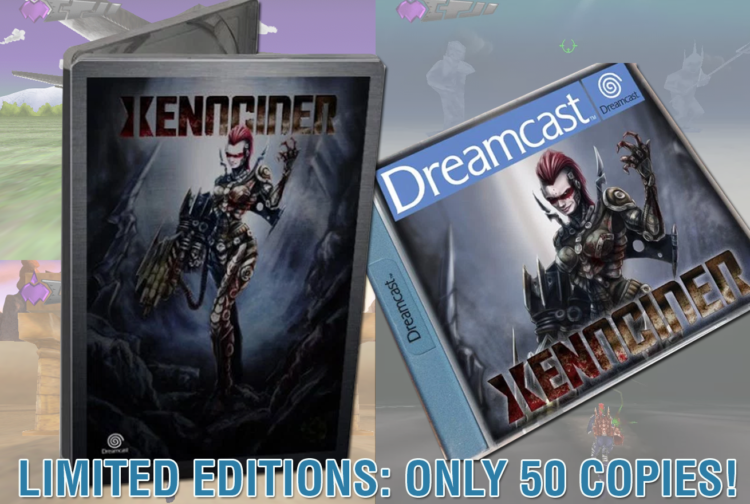 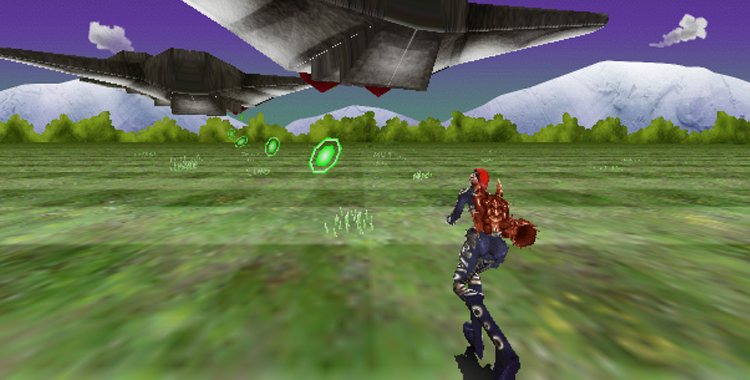 Developer Retro Sumus has dropped a nice surprised today in the form of a new Xenocider demo, a public declaration of their goals, and the ability to pre-order the Dreamcast game.

The developer discussed how conflicted they were in accepting money for the game before the work being finished. However, they decided to commit to the project and to exclusively develop it for the Dreamcast. They have set a tentative goal of finishing the game in less than a year.

The demo contains three stages that the team describes as “virtually finished.” The areas available are Fantasy Land, Planet Krok and Planet ORL. You can download the demo right here.

If you’re sold on Xenocider already, you can now pre-order a copy on Retro Sumus’ new shop. You’ll find all of the Kickstarter’s editions available, which is rather nice. You can also throw down some money on a Retro Sumus shirt featuring the team’s logo.

In addition to the Xenocider news, the team also teased an upcoming announcement concerning their other Dreamcast game, Ameba.

The Xenocider Kickstarter campaign may have been cancelled after it they failed to raise the entire $92,000 goal, but developer Retro Sumus‘ soul still burns! They have been keeping true to their promise to continue working on the game and bringing their vision to fruition.

This week the team posted this short demo of the latest stage they are working on, Planet ORL. This new area has a swamp theme and features hostile plants and animals.

Sumus notes it is still a prototype of the intended final product.

As we reported on previously, Xenocider is a new original game for the Dreamcast heavily inspired by the Space Harrier and Sin & Punishment. The game was set to be one of the more ambitious independent posthumous Dreamcast releases, with loads of features.

What do you think of the Xenocider swamp stage? What sorts of objects and obstacles would you like to see the team add to the final version?

The SEGA Dreamcast turned 15 years old this year, but that isn’t slowing it down when it comes to independent releases. An independent video game studio from Spain have just announced their upcoming detective adventure game called AMEBA. The game is set to be released on Windows, Linux, OSX, Ouya, and of course the SEGA Dreamcast.

“How do you investigate a series of murders that may as well have never existed? Or, how can you be sure you haven’t lost it, when you’re the only cop in your city who thinks several un-connected deaths were not accidental or natural? These are the questions veteran inspector Hugo asks himself on an everyday basis.

I usually loathe visual novels. With the exception of just a few really good ones, they’re too ‘Japanese’ for my tastes, culturally speaking. So we’re taking the genre in a new direction: no anime-like art, as the teaser poster shows, obviously a more western take on storytelling and characterization, a serious story. Imagine Davind Fincher’s Seven meets Frank Miller’s Sin City comic books. Well, that’s what I’d like, but I’m not expecting to reach that kind of quality!” – Carlos from Retro Sumus (Developer of AMEBA)

The developer Retro Sumus promises more information and in-game screens before the end of the year.

Check out Retro Sumus on: