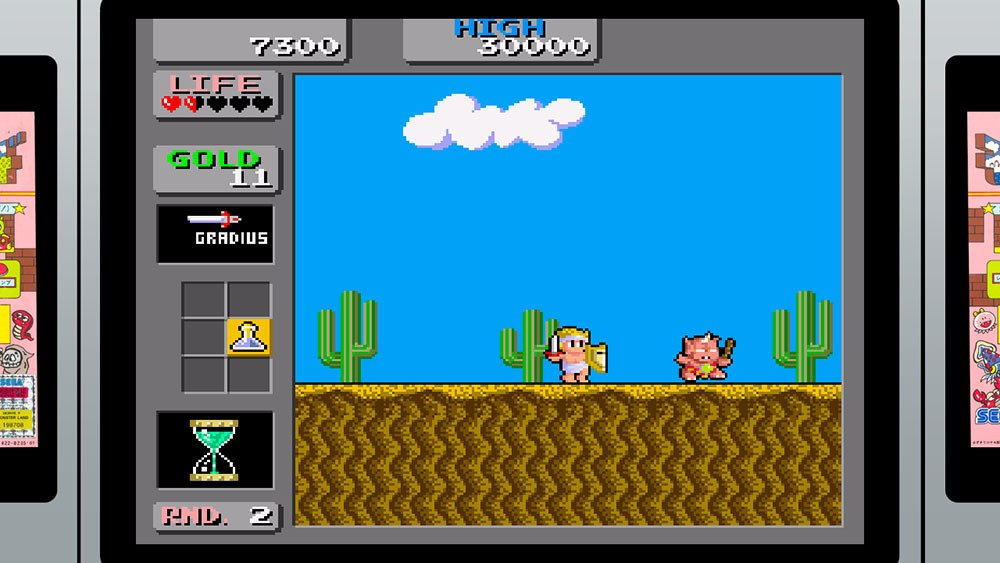 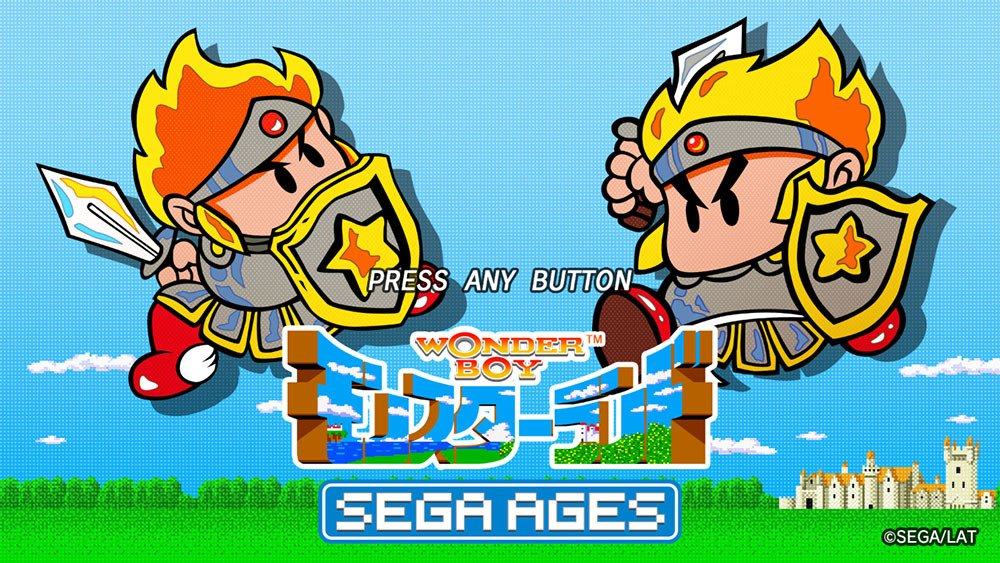 The Wonder Boy series has had a lot of love lately from multiple developers, such as the remake of Monster World III and the spiritual sequel Monster Boy and The Cursed Kingdom, and the SEGA AGES series will continue that with arguably the most pivotal game in the series, Wonder Boy in Monster Land.

Wonder Boy in Monster Land departs from it’s predecessor by adapting RPG elements, such as currency and item management, which would become the norm for future installments. You play as Bock Lee Temjin (aka “Tom-Tom”), as you are tasked with clearing through 12 levels with their own unique set of items, monsters, and secrets. SEGA AGES Monster Boy in Monster Land adds some additional features, including the ability to exploit the “rattle joystick” trick using a single button, Money Hungry Mode where the “rattle joystick” trick is sealed off and your score is recorded, and several “challenge” modes. These modes include Sphinx Challenge where you’re tasked with killing the Sphinx in the shortest time, Monster Castle Challenge where you have to clear the final dungeon as fast as possible, and Fireball Challenge where you have to play through the game using only the Fireball weapon and can die in a single hit.

SEGA AGES Wonder Boy in Monster Land is slated for a pricing of ¥925 (roughly $8.50), but with no official release date. Curiously, the copyright mentions LAT, a seemingly unknown company unrelated to other companies like the original developers Westone (aka Escape) or developers for the recent Wonder Boy titles like LizardCube or Game Atelier.