SEGAbits Games of the Year 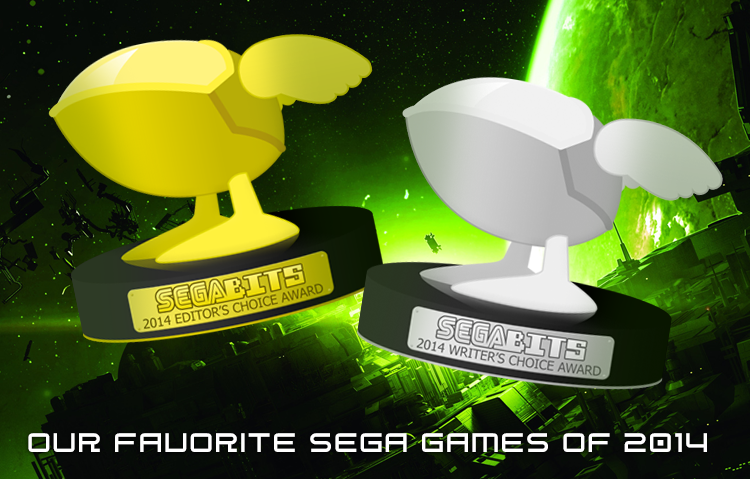 It has been an interesting year for SEGA games. During the first few months of 2014, Western SEGA fans had very little when it came to new games, while those in Japan enjoyed the puzzle mashup Puyo Puyo Tetris and the Yakuza spinoff Ryu ga Gotoku: Ishin!. Thankfully, those in the West had Alien: Isolation and Platinum Games’ Bayonetta 2 to look forward to, and in early February it was revealed that Sonic Boom would be releasing to the Wii U and 3DS. Another reveal came, much to the delight of the Hatsune Miku fanbase, with the announcement that Hatsune Miku: Project DIVA F 2nd was set for a Western release in November. Meanwhile, fans of Relic Entertainment and The Creative Assembly’s real time strategy PC titles were treated to Total War: Rome II DLC and Company of Heroes 2 standalone expansions Ardennes Assault and The Western Front Armies.

Suffice it to say, the year has been mixed but not a disappointment. While certain blue hedgehogs failed to give us a good game, fans who step outside their comfort zone of Sonic and traditional SEGA games will find several great titles from SEGA. What are these great games? Read on to find out what our favorite SEGA games of 2014 were in our annual year end round table!

END_OF_DOCUMENT_TOKEN_TO_BE_REPLACED 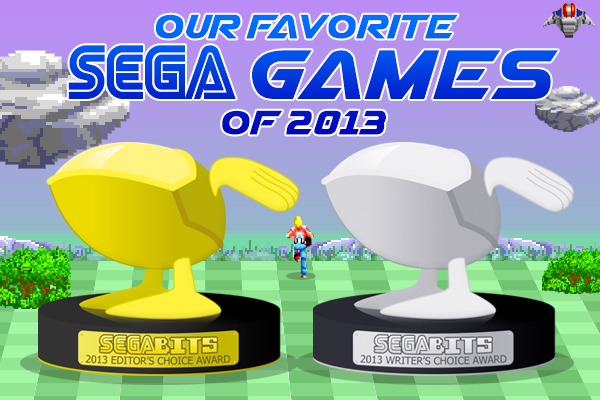 Since 2010, it has been a SEGAbits tradition for our writers and editors to share their favorite SEGA games of the year. This year, we aren’t breaking that tradition but we are adding to it. We’re introducing a couple of special digital two-dimensional trophies: the gold SEGAbits Editor’s Choice Award and the platinum SEGAbits Writer’s Choice Award. The gold award is selected by George and I, Barry the Nomad, while the platinum award will go to the game selected as a favorite by the most writers (this year we had a tie!). Not only is 2013 a special year with the introduction of our digital trophies, but we also have some new writers contributing including recent arrivals from Sonic Retro, Bartman and TimmiT, and the newest contributor to our YouTube channel, Liam “Tracker” Ashcroft. What SEGA games were our favorites this year? Read on!