SEGA hasn’t given a solid release date for Sonic Mania, outside that its set to come out this spring, but it seems that Amazon might have leaked the release date a tad earlier. According to their Sonic Mania product page, the game is set to release on April 25, 2017. Is that true? Who knows, Amazon has been known as being funky with their release dates. For example, the product pages for the PC and Nintendo Switch say its coming out May 31, 2017.

Honestly though, Sonic Mania coming out on April 25, 2017 seems to make sense, but I wouldn’t hold my breath until its officially announced. Thanks to Ghast06 on Twitter for the heads up. What is your opinion on the date change, you think Sonic Mania makes it to store shelves on April 25? 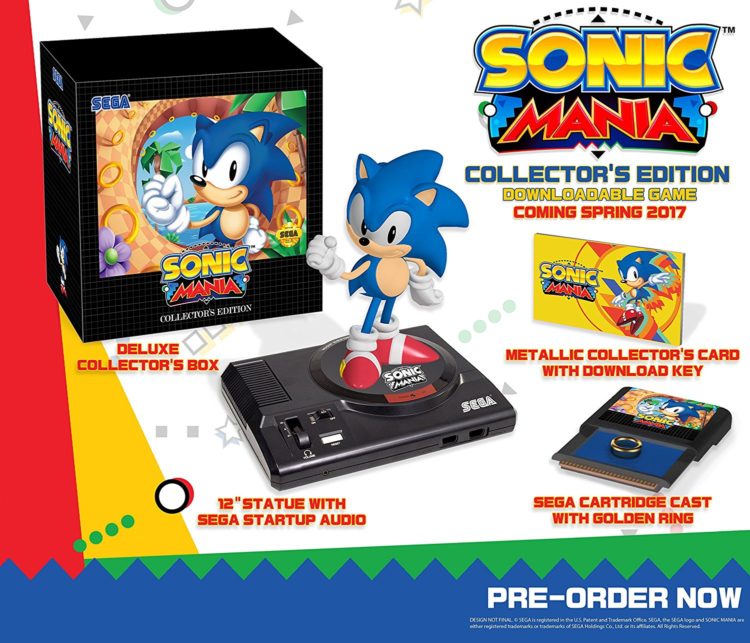 Sonic Mania is coming to Nintendo Switch, and now you can pre-order the Collector’s Edition of the game for the upcoming home console. As with the other Sonic Mania Collector’s Editions coming to PS4, Xbox One and PC the list price is $69.99 and Prime members save an additional 20%. The edition comes with a deluxe collector’s box, a 12″ statue with SEGA startup audio, a SEGA cartridge cast with golden ring and a metallic collector’s card with download key.

If you’re going with the Switch version, you can pre-order the Sonic Mania Collector’s Edition here. The game is due out Spring 2017, and Amazon lists a placeholder date of May 31, 2017.

Hot on the heels of the announcement of a Sonic Mania Collector’s Edition for PS4, Xbox One, and PC, Barry and George share their excitement and opinions on the set in a new SEGA News Bits. What’s included? What’s not? Will fans in Europe be seeing it? These questions and more are discussed! The elephant in the room – that being the lack of a physical disc release – is also discussed. What are your thoughts on the  Sonic Mania Collector’s Edition? Which platform are you going for? Sound off in the comments below. 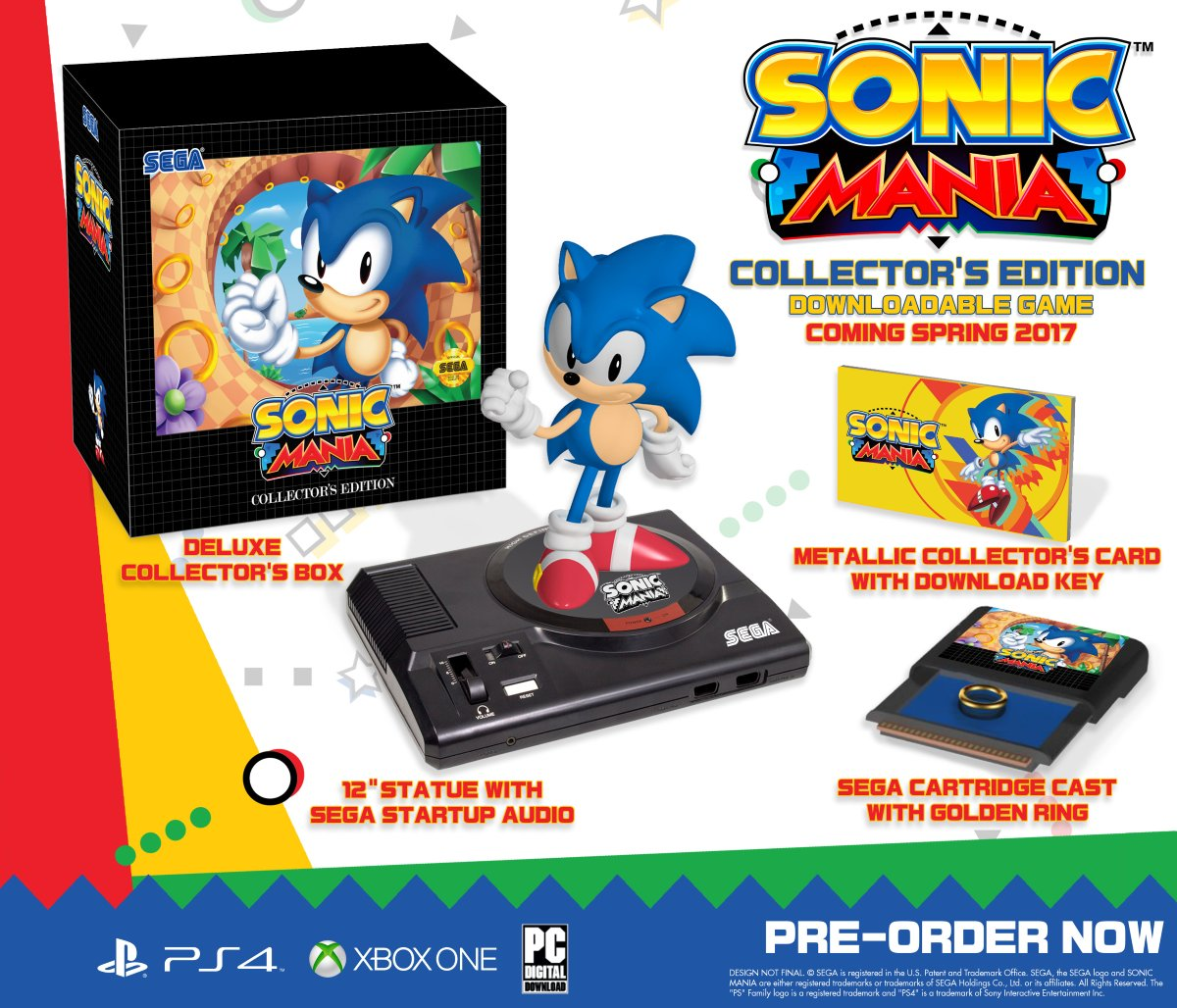