END_OF_DOCUMENT_TOKEN_TO_BE_REPLACED

Thanks to a post on the Obscure Gamers forum, we have our first look at an unreleased Star Wars game from SEGA for the SEGA Saturn! It has long been known that SEGA had planned a port of their Star Wars Trilogy Arcade game for the Saturn (a game I actually played through just yesterday at the Galloping Ghost Arcade). But in addition to this, SEGA had planned another game exclusive to the console. Titled Star Wars: Rebel Strike, gaming magazines at the time guessed that the game would be an amalgamation of all three Star Wars films, though that sounds very much like what Star Wars Trilogy Arcade already was. My guess is journalists confused the two projects for one, as the recently released beta footage for Rebel Strike shows a very different game.

The footage shows a speeder bike with lock-on targeting, and while free roaming it does very much resemble SEGA’s on-rails shooter Panzer Dragoon. Personally, I think it looks like Luxoflux’s Star Wars: Demolition. It is unknown who exactly developed this, and if it was truly internally developed by SEGA, but based on the test menu mentioning the name “Scott” I’m going to guess it was developed in the west. We’ll be sure to share more information as it is uncovered! It’s very cool to see another Star Wars game uncovered, especially for the SEGA Saturn which lacked any Star Wars games in its library.

END_OF_DOCUMENT_TOKEN_TO_BE_REPLACED 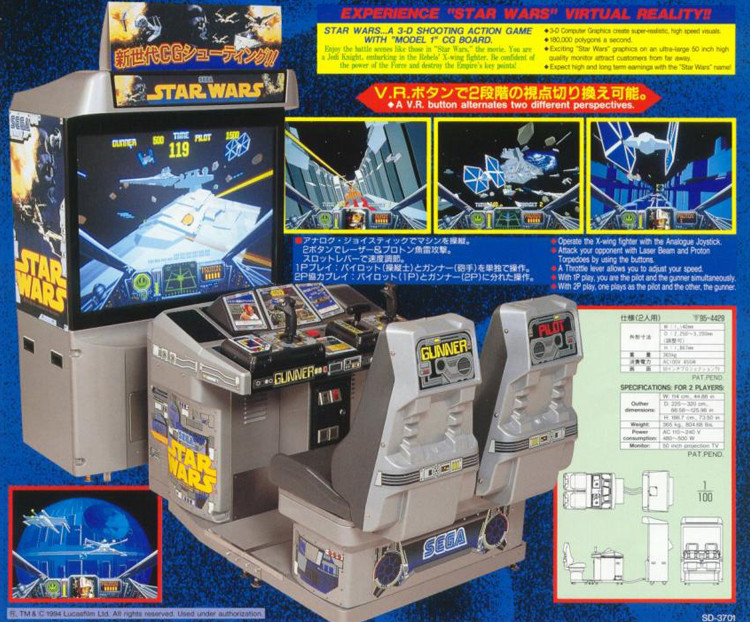 END_OF_DOCUMENT_TOKEN_TO_BE_REPLACED

This week, AJ strikes back with an all out attack of the 32X in his review of Star Wars Arcade.

The adventure continues in Star Wars: Episode II – Rise of the 32X, where I review Star Wars Arcade. Yeah, it’s a port of the SEGA-produced arcade game from 1993. Now, SEGA has made some miraculous conversions, such as Virtua Fighter 2 for Saturn and Crazy Taxi for Dreamcast….

Should this 32X exclusive be counted among them?

This week, My Life with SEGA returns to a galaxy far, far away in Star Wars: Rebel Assault for the SEGA CD. Will it be a day long remembered, or will it end up being Bantha poodoo?

It may be hard to believe, but long before Greedo shot first, or the prequels devided the fanbase, I was playing Rebel Assault; my very first Star Wars game. It has been a day long remembered….

Now, 18 years since it’s release on the SEGA CD, I ask myself, “Is it still a day worth remembering?” 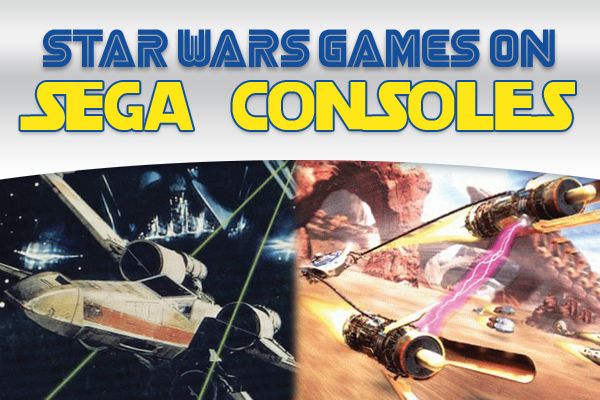 END_OF_DOCUMENT_TOKEN_TO_BE_REPLACED

SEGA mods are the best, but what about a SEGA and Star Wars mod? Holy crap, that sounds amazing. Someone has just done that, its as if they divided by zero. “Pezzapoo” from the Ben Heck forums has put a Dreamcast into a Millennium Falcon toy.

“As soon as I saw these caricature versions of the Star wars toys I thought about the Dreamcast and how the fun little console would feel right at home inside one. Strangely the DC game port facia fitted directly into the toy with about a mill to spare so I knew it was meant to be! Two side docking ring fans keep the hot DC from melting. Lots of soldering and the switch was added to turn on the GDROM. No paint was applied.”

Now I wonder what else we can shove a Dreamcast into?