Welcome to yet another SEGA News Bits, this time we celebrate the fact that we will never have to say the name Sonic Project 2017 ever again. That’s right, it was revealed at SXSW that the game is being called Sonic Forces! On this episode we discuss our thoughts on the Sonic Forces name, first details revolving around Sonic Forces‘ gameplay and other predictions based on what we have seen so far. What is your opinion on Sonic Forces? Do you like the name and are you happy that we are finally seeing a glimpse at the gameplay? Let us know in the comments below.

Sonic Forces is the new name for Project Sonic 2017, the next big budget Sonic the Hedgehog game by Sonic Team. While we know its coming to PlayStation 4, Xbox One, Windows PC and newly announced for Nintendo Switch. The reason that showing off Sonic Forces’ gameplay is important is because of the difference in gameplay between the consoles. Sonic Force’s is also running on a new game engine, an evolution of the old engine they used. The new engine is being titled ‘Hedgehog Engine 2’. 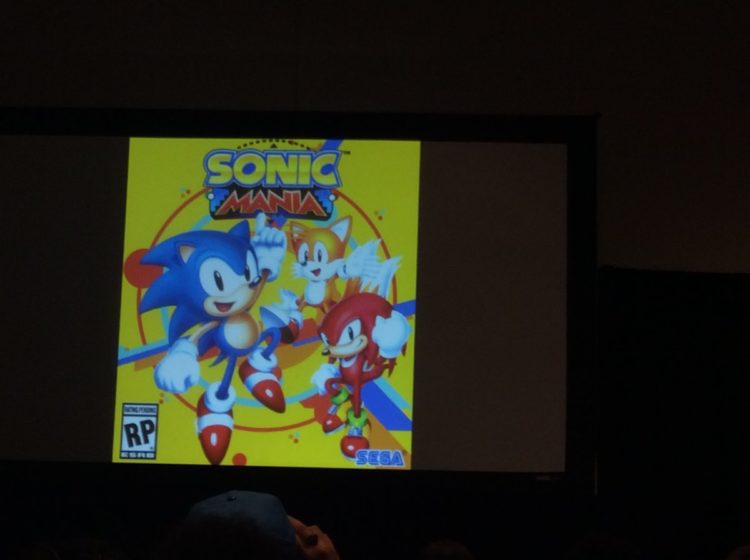 Sonic Mania release date has been moved to Summer 2017, it has been revealed in the SXSW panel. While its not an exact Sonic Mania release date, it is postponed and the reason was to get more time to develop the game. While it sucks that we won’t be getting the game during the spring time, at least SEGA is delaying games to make them a more complete package.

Another thing that SEGA did was tease a Sonic Mania vinyl. He said he wanted to gauge the community and see if its something they want. Seeing the response on the SXSW stream and the fact that they already had mockups (below), i’d say its pretty much confirmed that there will be a Sonic Mania vinyl. As for the game’s digital price point, SEGA isn’t ready to reveal that. Will it be more than $15? Time will tell. 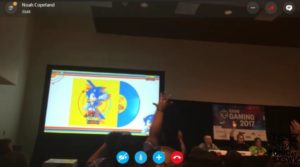