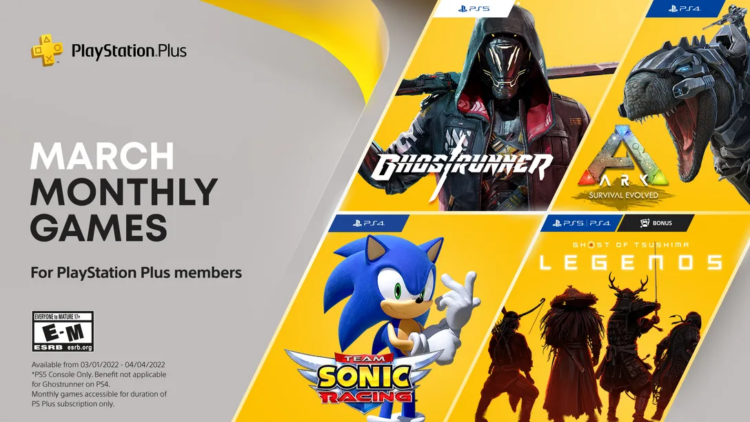 If you happen to be a Sonic the Hedgehog fan residing in the UK, the Summer of Sonic team has launched a Kickstarter campaign for an official Sonic Adventure Music Experience live UK performance of music from the Sonic the Hedgehog series Sonic Adventure, 2 and Team Sonic Racing featuring performances by Jun Senoue (guitarist), Takeshi Taneda (long-time bassist for Crush 40) and drummer Act. (Crush 40, TSR Soundtrack drummer), on December 8th 2019 at The Garage, London.

The band will perform music from the Sonic Adventure series and the recently released, Team Sonic Racing, to celebrate the 20th anniversary of the release of the SEGA Dreamcast and Sonic Adventure in the west. Their Kickstarter campaign goal is to reach at least £13,500 within it’s 3 week duration.

If you want to attend or support the campaign, be sure to check out their Kickstarter page with more details on the event and tiers you can earn. 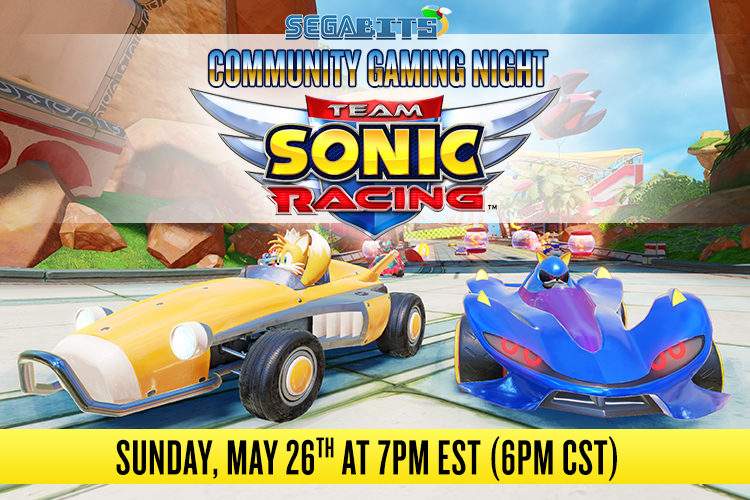 Want to join SEGAbits for some online racing sessions this weekend in Team Sonic Racing? Then come on up, over and down and race with the SEGAbits team and show us what you’re made of! We will be playing Team Sonic Racing on Playstation 4 this Sunday, May 26th at 7pm EST (6pm CST). All you have to do to join is to add the following PS4 gamertags: “angelcoma” “BarrytheNomad” and “KoriSX15” for us to add you to our lobby. Race you all soon! 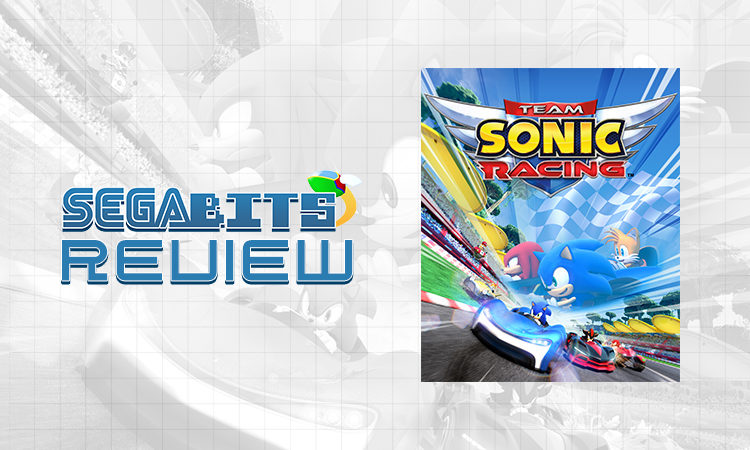 END_OF_DOCUMENT_TOKEN_TO_BE_REPLACED

SEGA Europe has revealed a brand spanking new trailer for Team Sonic Racing, this one being called ‘Team up’, giving you a overview of all the information we’ve been given the last few months including a overview at a bunch of race tracks.

“The race is about to begin! Join Sonic and friends as they speed across vibrant tracks and do whatever it takes to come out in first place. Race online with up to 12 friends, play with friends in your living room with split screen, customize and personalize your car for maximum speed, and work together as a team to unleash your Team Ultimate Boost. Gear Up. Speed Up. Team Racing at Sonic Speed. Team Sonic Racing arrives May 21st on Playstation 4, Xbox One, Nintendo Switch and PC!”

I will say that the game has been looking better and better each time they show it, but something about the game still turns me off. Maybe because one of the reasons I liked the All-Stars Racing series was because of all the fan service while this game is playing it more safe. I guess we shall see if it works out for SEGA. 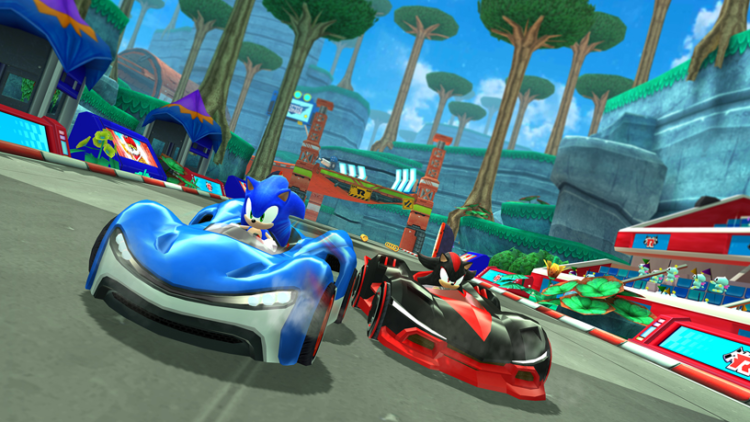 The Sonic panel at SXSW had a surprise for fans of animation and modern Sonic by way of two new animated shorts! Titled Team Sonic Racing: Overdrive, the animations are created by the same creative team as those behind Sonic Mania Adventures. Based on the audience and online reaction, the first short was a hit and fans can’t wait to see the second. It’s great to see some of the same creative marketing used for Sonic Mania applied to Team Sonic Racing. What did you think of the new animated short? Sound off in the comments below!

BEEP, BEEP! Team Sonic Racing is coming through with a new customization trailer showing how far you can customize your favorite characters. Quite frankly I’m very happy we are finally getting to the single player, unlockable content. I really believe that SEGA & Sonic All-Stars Racing Transformed was a much better game due to its single player content. While this is only customizable stuff, its nice that have things to unlock and customize.

What are your thoughts on the trailer? Team Sonic Racing hits PlayStation 4, Nintendo Switch, Xbox One and PC! on May 21, 2019! 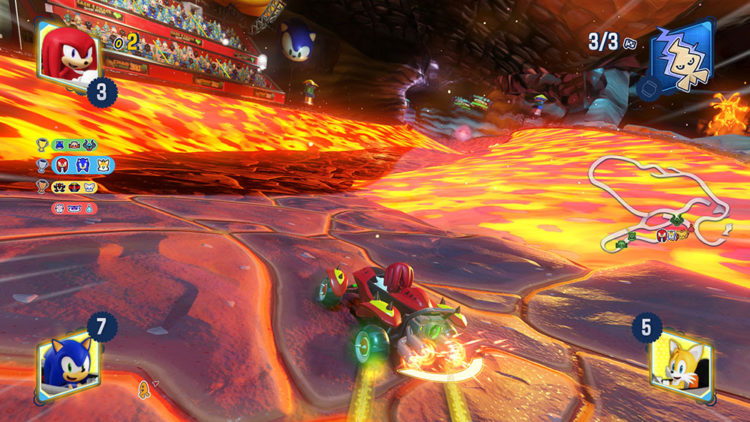 SEGA has revealed a brand new track for Team Sonic Racing, introducing “Hidden Volcano” race track! Hidden Volcano is a lava zone that is hidden within the Glacier Land area. According to SEGA’s description on their site:

Hidden Volcano is a lava zone course hidden deep within the ice-covered Glacier Land area. This area is distinguished by its lumps of ice created by the scorching hot magma within the iceberg and complicated terrain due to lava rocks. It requires calm judgment and bold technique to conquer its slippery ice roads and varying bumpiness caused by tears in the earth. At the starting line, a lava giant towers above the track and swings its fist downward to block the racers’ path forward.

Check out screenshots of the game below. What do you think of the brand new Hidden Volcano track?
[Source: Siliconera]
END_OF_DOCUMENT_TOKEN_TO_BE_REPLACED 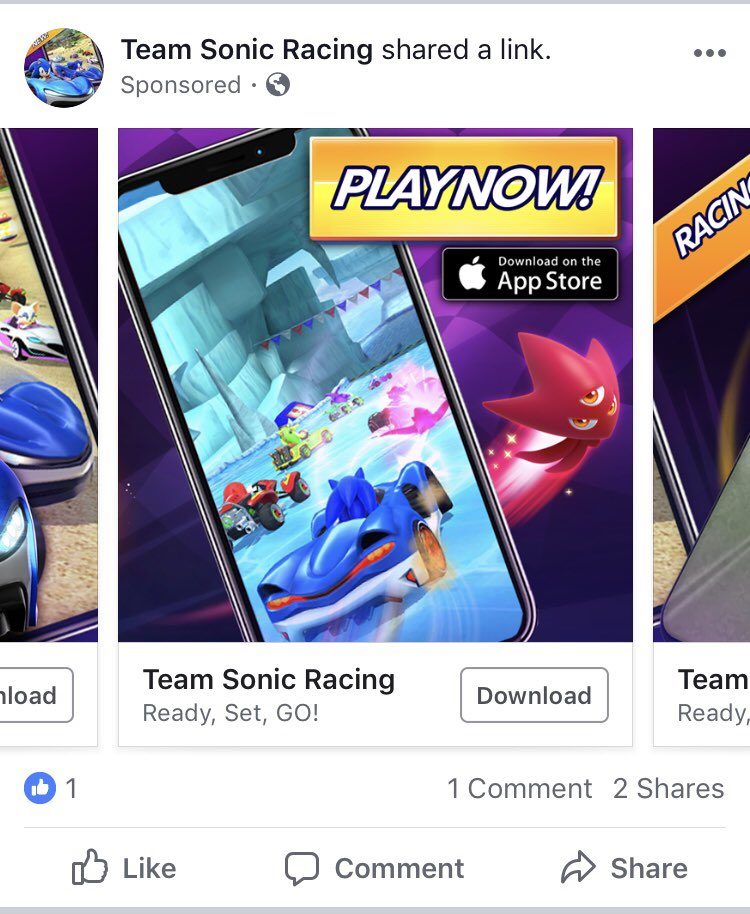 When Sonic & All-Stars Racing Transformed released, it hit nearly every platform under the sun. The upcoming Team Sonic Racing, meanwhile, was seemingly holding back as the team at Sumo Digital focused on one version of the game. However a recent Facebook ad that several fans have encountered, including Twitter user Radiant Emerald who we’re citing, features screenshots of a mobile version of Team Sonic Racing. Little is revealed outside of three screens and an app icon.

It makes sense that SEGA would want a mobile version of the game, as it has been the norm with the previous All-Stars Racing games as well as Sonic Forces which saw a Sonic Dash style game. The question is, will this mobile version be a direct port of the game right down to all the tracks and racers? Or could we be seeing a stripped down version, potentially on rails like Sonic Dash? We should know more, potentially during the Sonic panel at SXSW which will be held on March 16, 2019.

END_OF_DOCUMENT_TOKEN_TO_BE_REPLACED

The Sonic the Hedgehog social media page has uploaded a new video showcasing a behind the scenes look of the music being composed for Team Sonic Racing featuring Sonic the Hedgehog music veteran, Jun Senoue and many other musicians. The video features sample tunes of many tracks such as Boo’s House, Frozen Junkyard, Market Street, and Green Light Ride. 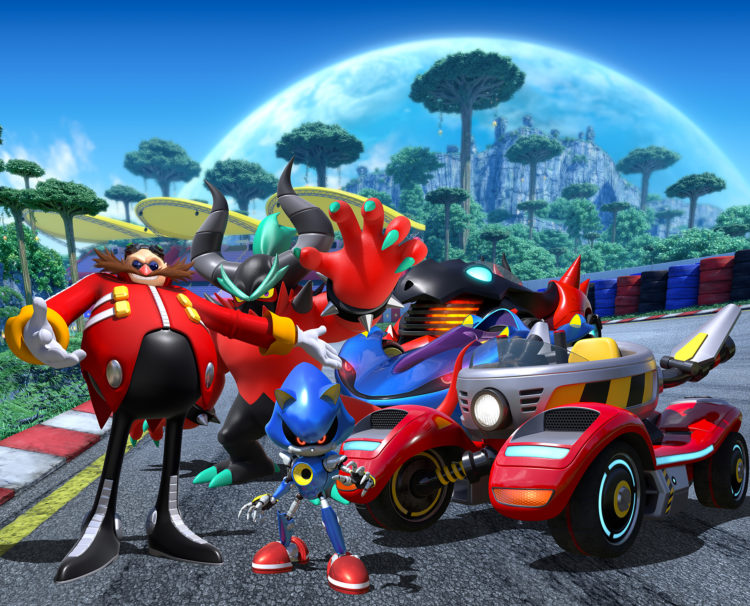 We’ve known for a while that Eggman would have his own team in Team Sonic Racing, and now we know who decided to accept his invite. Team Eggman will consist of Eggman, Metal Sonic and Zavok, the leader of the Deadly Six from Sonic Lost World. Zavok is an interesting choice. There are other baddies from Sonic’s recent history that SEGA could have pulled from, like Chaos or Infinite, but when you think about it besides those two and the Deadly Six you’re left with badniks or giant monsters that are way too big for a car.

Zavok has made appearances in Super Smash Bros. for Wii U as a trophy, in Sonic Runners during a special event, in Mario & Sonic at the Rio 2016 Olympic Games, in Sonic Forces: Speed Battle and in Sonic Forces as an illusion created by Infinite. Personally I was hoping for a modern redesign of Fang in his sweet hover bike, but I know that’s not happening.

Here’s a nice pick-me-up after the awful Sonic the Hedgehog movie reveal news from earlier this week! Next year’s Team Sonic Racing will feature a desert track called Sand Road which is a nod to Sonic Adventure‘s Sand Hill. The track will feature music from Tee Lopes and Jun Senoue, which is a new take on the classic Sand Hill music. Overall it looks and sounds very cool. It’s clear that SEGA’s postponement of Team Sonic Racing is for the best, and these drip feeds of music and track reveals are a great way to keep fans excited before the game’s release.