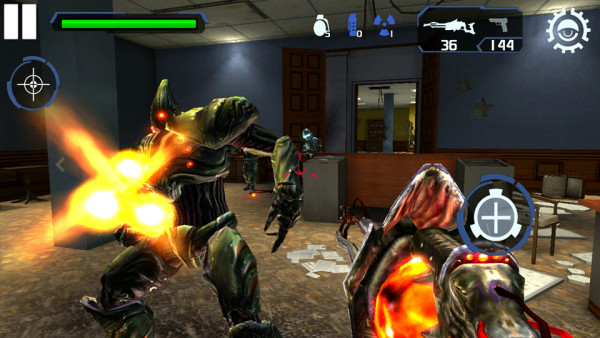 High Voltage Software is still working on the Conduit franchise, this time around they are working on a mobile entry to their franchised, ironically called Conduit HD. I know the first two Conduit games appeared on the Nintendo Wii in standard definition, most people would think that their first high definition release would come out on Wii U. I guess “you” thought wrong (ba da bing) .

“This project is important for our industry because it proves that not only can we deliver console-quality gameplay experiences on mobile platforms, but we can improve them, from the graphics to the gameplay, The Conduit HD delivers an experience that was only previously possible on consoles.” – High Voltage chief creative officer Eric Nofsinger.

What I hear is this is a remake of the single player (only single player as of now) in the first Conduit. Players will be able to play the first two stages for free, will have to cough up cash for the other six levels. They have two payment options, $2.99 for 3 stage pack or $4.99 for all stages. The game is due to be released March 14th. I didn’t expect to see more Conduit, what do you guys think? Doesn’t seem that SEGA will be publishing this title, so this is the last we will have to talk about it.