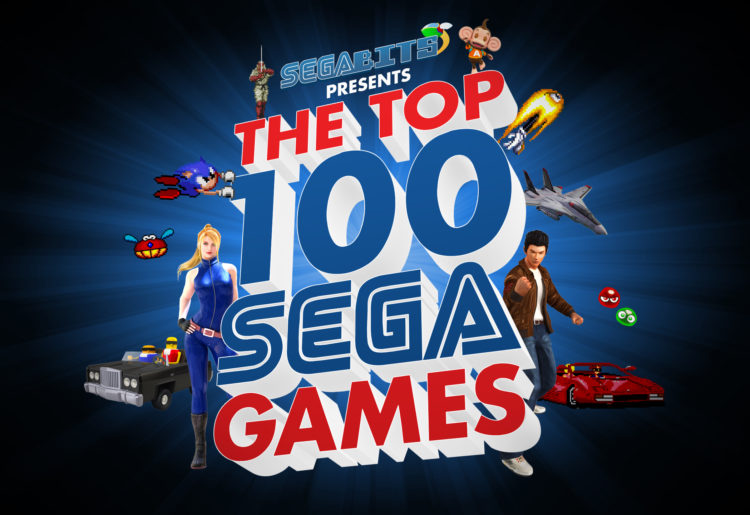 At long last, The Top 100 SEGA Games list is here! Those who follow the site know that this ginormous list has been a long time coming. Back in October 2015 we began gathering top 25 lists from the SEGAbits community and the SEGA fan community as a whole for what was at the time intended to be compiled into a list of top 50 SEGA games. The reason for a list was a reaction to a certain big name gaming site that released a top 100 video games list without a single SEGA title. How IGNorant.

Seeing as a ranked top 25 list is a lot to ask, we gave fans all of 2016 to submit lists that followed strict guidelines. Games had to satisfy two of the following: be published by SEGA, be developed by SEGA, IP owned by SEGA. Also games had to be released between 1960 and October 19th, 2015. Once the lists were collected, we had over fifty lists of top 25 games. That’s over 1,250 entries covering nearly 300 games! Now, after six months of compiling, counting, sorting and writing up descriptions we are finally very happy to present to you The Top 100 SEGA Games!

Special thanks to the SEGAbits writing team for pitching in to tally votes and write descriptions when I felt that the task was impossible. And of course, special thanks to SEGA for making the games we love.