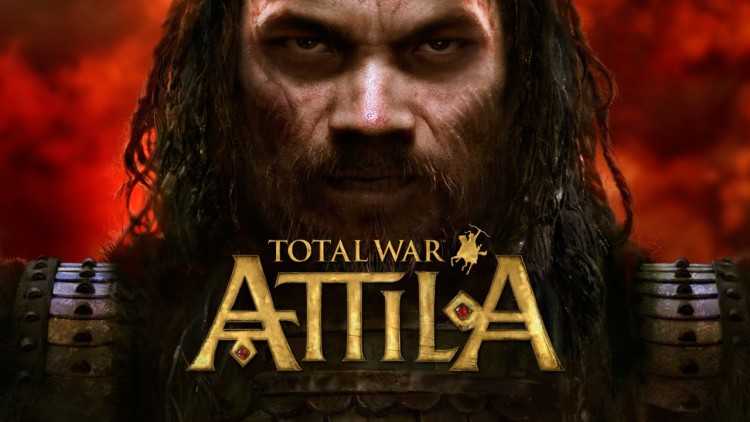 Announced in September of this year, SEGA and The Creative Assembly’s Total War: ATTILA is set to invade PCs in 2015. SEGA sent along the following press release to accompany the new trailer:

NEW CINEMATIC TRAILER FOR TOTAL WAR: ATTILA HERALDS THE COMING OF THE APOCALYPSE

“And I saw, and behold a white horse, and he that sat on him had a bow; and a crown was given unto him, and he went forth conquering, and to conquer.” – Revelation 6:2

As the world descends into the mists of the Dark Ages, civilization begins to crumble. Early Christians of Western Europe clamor to repent, stricken by looming omens of a divine apocalypse. In this climate of turmoil, the Eastern Roman Empire stands at a crossroads.

Secure behind the impenetrable walls of Constantinople, there are opportunities for fresh conquest. But with the warlike Visigoths to the North, the heathen Sassanids to the East, and their closest ally to the west stretched thin and tearing itself apart in its greed, is now truly the time to ride out and expand the Empire? And who will rightfully wear the crown?

Total War™: ATTILA is due for release in 2015. To follow The Four Horsemen and see how key themes of these cinematic trailers created using the ATTILA engine are brought to life in gameplay, subscribe to our YouTube channel at: https://www.youtube.com/user/thecreativeassembly

SEGA and The Creative Assemblyhave unveiled a new Total War title, Total War: Attila, at this years EGX London event. Described as “challenging” and designed for “Total War veterans”, Total War: Attila will obviously feature Attila the Hun, leader of the Hunnic Empire, and his one million horsemen. At the height of his reign, his control stretched from the Ural River to the Rhine River and from the Danube River to the Baltic Sea. Eurogamer, which went hands-on with the game, describes how diseases will play a part in the game. The cleaner and healthier a city you have, the less a chance you have of facing disease. The spread of disease will affect player’s soldiers, which will impact their performance in battle. Other features include a region overlay which provides regional details like wealth and disposition, the return of the family tree (a feature missing from Rome II), and dynamic fire, a new weapon which allows buildings to burn and fires to spread.

Total War: Attila is expected to release next year, and we’re certain a press release is on the way. In the meantime, enjoy the above trailer and get ready to welcome Attila into your homes.

Update: The official site for the game is live, check it out and learn more about the latest Total War title.

Update 3: SEGAbits forum member JRcade19 spotted a mention on the SEGA Blog that the game is due for release in 2015 on Windows PC and Mac. An interesting development, given traditionally PC and Mac releases of SEGA titles are years apart.