Atlus West had dropped a new gameplay trailer for Persona 5 Strikers showcasing each character’s specific skills and summoned Personas during combat. Players can strengthen their skills and abilities and fight with their own style. All of the Phantom Thieves members are fully playable and each character has their own unique suite of wide-ranging, flashy spells and magic to clear out big hordes of enemies.

Also if you pre-order Persona 5 Strikers Digital Deluxe Edition for $69.99, you’ll get the following:

Persona 5 Strikers is coming to PlayStation®4, Nintendo Switch™ and Steam® on February 23rd.

Shenmue III dropped a new trailer showing off a more completed version of the game, but most people online seemed to be focused on the fact that the trailer showed a Epic Store logo and not a Steam one. As someone that backed the project, I vividly remembered that it said that the PC version would be a Steam key. Will they do what Metro Exodus did and fulfill all Steam pre-orders? Who knows, Shenmue III kickstarter isn’t the best with communication. Here is all they said on it being exclusive:

“The PC Gaming Show just wrapped up with some big news for Shenmue III. The new trailer was unveiled and it was announced Shenmue III for PC will be an Epic Games Store exclusive!“

You would think they would have clarified if all the Kickstarter promised keys would be Epic Game Store keys. It seems the internet is having mixed opinions on this. One side defends the move saying PC gamers just have to download a new launcher, the other side either hates Epic Game Store moves like this or wants the key on Steam as promised for backing the project. As always the PlayStation 4 version will remain unaffected. What do you think?

Throughout Yagami’s investigation, he’ll have to collaborate with, and occasionally face off against, some of the most powerful individuals in Kamurocho.

If you guys have been following Judgment, the latest game from the studio behind Yakuza, you would know that SEGA Japan halted sales of the game in Japan after one of the main characters was arrested on drug charges. SEGA said they would replace actor Pierre Taki from the game via an update, which included the model of the game character since it was based on the actor.

According to SEGA the new model isn’t modeled after any actor, which might be something SEGA should consider doing this moment forward. As far as the new voice for Hamura, we still haven’t gotten who will replace him in Japan and they haven’t completed the voice work as of now.

BEEP, BEEP! Team Sonic Racing is coming through with a new customization trailer showing how far you can customize your favorite characters. Quite frankly I’m very happy we are finally getting to the single player, unlockable content. I really believe that SEGA & Sonic All-Stars Racing Transformed was a much better game due to its single player content. While this is only customizable stuff, its nice that have things to unlock and customize.

What are your thoughts on the trailer? Team Sonic Racing hits PlayStation 4, Nintendo Switch, Xbox One and PC! on May 21, 2019!

END_OF_DOCUMENT_TOKEN_TO_BE_REPLACED

Shenmue III released the latest trailer that debuted at MAGIC 2019 event. The trailer finally shows off fully voice acted cutscenes, mocapped faces and a tiny bit of the combat gameplay. I have to say, the way this trailer was directed was very close to the originals but I’m still not sold on the face models they are using for this game. The trailer also gives us a very small glimpse at the new fighting mechanics, they look pretty engaging in the trailer and just hope its as engaging when your actually playing.

Outside of that its a lot of mystery still on how Shenmue III‘s open world will work, how the mini-games will play like and a lot more. I guess it should be a interesting few months considering that Shenmue III launches on August 27, 2019. Whats your thoughts on the new Shenmue III trailer?

END_OF_DOCUMENT_TOKEN_TO_BE_REPLACED

SEGA has released the third part of their What is Shenmue? series of videos, this time focusing on the mini-games and combat found in both Shenmue I & II. Seasoned Shenmue fans know just how packed these games are with mini-games, from classic SEGA arcade games like Space Harrier, forklift races, duck races, lucky hit, arm wrestling, darts, pool and much more. Combat, meanwhile, is just as fun with Quick Timer Events and a full fighting engine. Shenmue I & II releases next week on August 21st. Pre-ordering the physical edition gets you a two sided poster and a reversible cover. 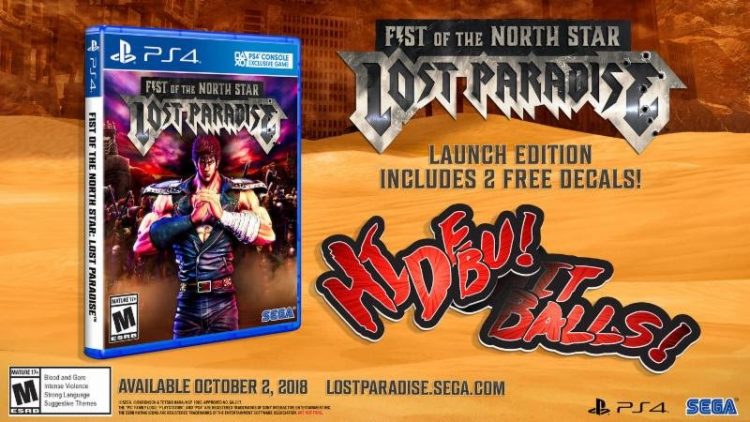 SEGA has released pre-order details for the upcoming Fist of the North Star: Lost Paradise, set to release in the Americas and Europe on October 2 for the PlayStation 4. physical pre-orders will include two free deathcry decal stickers that you are encouraged to stick to your console, controller or wherever. Digital pre-orders will include the Destiny Talisman Pack, which add useful abilities to the player. Also included is a theme and avatar set. After the break, check out the new trailer released today which focuses on the game’s combat.

END_OF_DOCUMENT_TOKEN_TO_BE_REPLACED 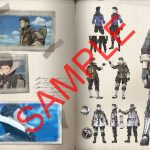 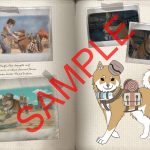 Valkyria Chronicles 4 releases September 25, 2018, and to hold us over SEGA has released the opening movie to the game. You know, that bit that plays when you boot up the game? Check out the video above and in the comments let us know your thoughts on the upcoming sequel.

Valkyria Chronicles 4 will release in the Americas and Europe for PlayStation 4, Xbox One and Nintendo Switch, and will see a “Memoirs from Battle” Premium Edition priced at $99.99. This will include the game for your platform of choice, an exclusive vinyl statue of the “Hafen” Tank, “Claude’s Travel Journal” exclusive 100-Page themed artbook and a pair of DLC adventures featuring Squad 7 characters.