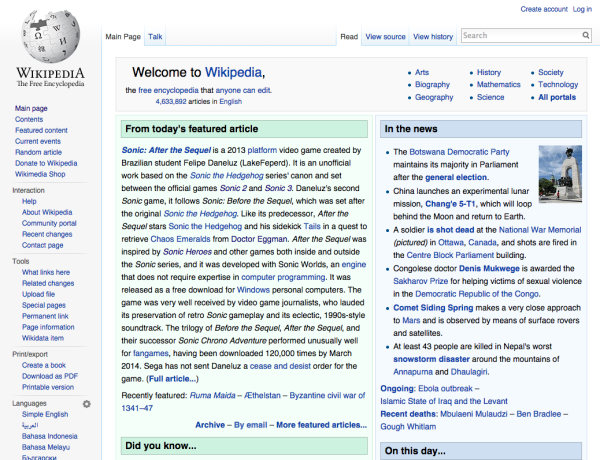 Every day, Wikipedia posts a featured article on their main page. This article could be just about anything, given the size of Wikipedia, so for the day’s featured article to be a SEGA related thing is pretty rare. Rarer still, when that featured article is a SEGA fan work. Today, Sonic the Hedgehog fan game Sonic: After the Sequel made Wikipedia’s main page! Developed in 2013 by Felipe Daneluz (LakeFeperd), the game is based on the series official canon, taking place between the official games Sonic 2 and Sonic 3. You can learn more about the game at Sonic Retro and download it yourself at the official site. A big congrats to LakeFeperd!