I stand by what I’ve said time and time again; there is no better tennis series than Virtua Tennis! Whilst VT2009 kind of dropped the ball. (Pun, lol) the other games in the series have all been really very good, including the amazing Dreamcast games and VT:World Tour on the PSP.

Virtua Tennis 4 is just as good, if not better! The world tour mode has been revamped and is really something special, and whilst the Kenect controls are a bit hit and miss, the Move controls are perfect and beat Top Spin’s efforts hands down.

Then there is the always welcome, always great fun mini games that for someone like me who isn’t a big fan of tennis add so much to the package and is fun to play with the girlfriend and family.

It’s the Virtua Tennis 4 UK launch trailer! This trailer focuses mostly on the PS3 version and its Move control scheme. However, rest assured that the game will also be available with the usual controller based scheme for PS3, Xbox 360 (with Kenect) and Wii.

Being developed by the original VT development team in Japan gives me high hopes for this game and with a £1 million marketing campaign it seems Sega do too! 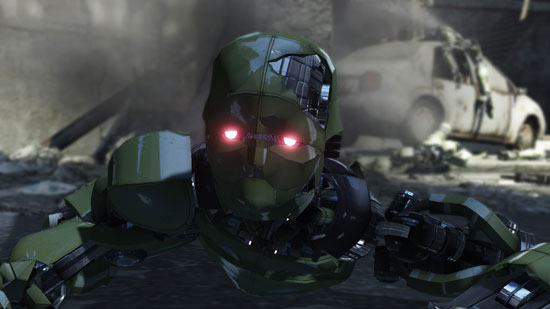 END_OF_DOCUMENT_TOKEN_TO_BE_REPLACED

There isn’t much to note, but it does confirm that the QTE’s of Sonic Unleashed and the ‘Good, Great, Awesome etc’ of Sonic Colours has been exchanged with a new trick system which fill your boost meter.

Here’s the Virtua Tennis 4 trailer for the Xbox360 version of the game, the trailer highlights the option of using either the Kenect control scheme or the usual controller based control scheme we all know and love.

I have to say, this looks like a really awesome Virtua Tennis game. Probably the best I’ve seen since Virtua Tennis 2. The World Tour mode looks really well done and I’m always down for some of the great mini games the series includes.

“The No.1 Tennis Game Returns!”

Here is the PSN trailer for Virtua Fighter 4, highlighting the PS3 exclusive content like the choice between the Move or standard control scheme, the 3D option and the exclusive mini games. It also highlights some pretty good animations, graphics and ‘match momentum’, what ever that means! Not to mention brand new World Tour mode, Character creation and Online modes for up to 4 players!

The game looks awesome and releases in April 29th. END_OF_DOCUMENT_TOKEN_TO_BE_REPLACED

Check out the launch trailer for the Dreamcast Collection, (if you can be bothered….) In all honesty it’s as underwhelming as the collection itself.

If you pick up this collection you can expect to play two less than perfect ports, (Crazy Taxi and Sonic Adventure) a dated fishing game (Sega Bash Fishing) and the only redeeming game on the disc, Space Channel 5 Part 2.

Ask yourself, do I think this makes a good Dreamcast Collection? Is this how we want to celebrate the console we all love? I don’t! I think Sega of America knows how much some of us love the Dreamcast and are trying to play us like a fiddle. I understand this is volume 1 and that suggests more to come but I find it rather hard to get excited when REZ HD, Virtual On, Samba de Amigo and Chu Chu Rocket were also readily available.

You want me to get excited by this? Give me six great games on one disk… Not three mediocre ports and Space Channel 5. Good day to you sir.

Yet another trailer for Anarchy Reigns, this time showing off game play for each of the characters that have been revealed so far. Jack, Zero, Sasha and Big Bull.

I’ve seen about 5 trailers for this game so far and I’m still not really sure what it’s all about… Other than multiplayer battles. I wish their trailers would have more information.

According to Andriasang,
Big Bull, the cyborg; a 31-year-old became a 2.88 meter tall 1.3 ton cyborg four years back. He uses the “Jet Hammer” as his weapon, so named because it usually serves as his jet propulsion system.

The title says it all really. I think it was E3 2008 when this teaser trailer was first shown off behind closed doors. Somebody out there was good enough to film it, secretly off screen. The video quality left a lot to be desired. wobbly and out of focus if I remember correctly.

Rejoice, aliens fans! Someone has recently been kind enough to uploaded a perfect quality version of the same video. It hasn’t been officially released by Sega, so this is kind of old news. But still, it is very pretty.

As for the game, Aliens: Colonial Marines in a recent interview with Sega’s Alan Prichard the game was again confirmed to be in development and we should be hearing more about it in 2011. Fingers crossed!

Sega have posted some neat gameplay videos of Bayonetta in its Prototype stages on their youtube channel. The Prototype almost looks as good as the final product and in a few instances I think it looks better.

Hit the jump to see the second video and what I think should have made it into the final product!

END_OF_DOCUMENT_TOKEN_TO_BE_REPLACED

“Out this Friday 22nd in Europe, Shinji Mikami’s latest offering from the Platinum Games studio. Without provocation the Earth plunges into a new and ferocious war. A war that will only be won by those with the technological edge – an edge like the A.R.S battlesuit.

Fight, survive and claim vengence for the lost.
War has accelerated. This is VANQUISH.”
-SEGA

I’ll finish this post with a quote from the Euro gamer review;

“Vanquish is a trailblazer. It is a game of astounding creativity and polish, exhilarating on the ground in the moment-to-moment thrills of high-speed-to-slow-motion combat, as well as in its wider, twisting trajectory. Doubtless the best third-person shooter ever to come out of Japan, Vanquish builds on Western developers’ triumphs to push the genre in new, interesting directions, shifting the balance of power, and cementing Shinji Mikami’s position as one of the best directors working in videogames today.”
[Eurogamer review]

I know what you are thinking; ‘A.R.S’ wasn’t the best name for the suit. However let’s not make this the ‘butt’ of some crude joke… Sorry couldn’t help myself.

But make no mistake, this trailer is awesome and I simply cannot wait for Vanquish to come out.

“Your enemies are many, your weapons are too. Take them out with flair, guile, skill, with no mercy!”

Boy, does this game look really good or what?!
I don’t think there is much left to say about this game other than ‘day one!’

I really love the outcome of the Sega and Platinum deal. So far Platinum has made the kind of games that got me into Sega in the first place. Fast paces, different, addictive and unashamed to acknowledge they are games not ’Interactive movies’. I hope the deal continues.