Renegade Ops is a 4 player co-operative shooter in the vein of arcade classics like Jackal and Smash TV. Like Jackal, you control a military vehicle and drive around a map completing various objectives. These objectives mostly involve either rescuing prisoners, destroying select enemies, or protecting certain locations. The game uses a dual joystick interface reminiscent of SmashTV. You control your vehicle with one analog thumbstick, and fire in any direction with the other. 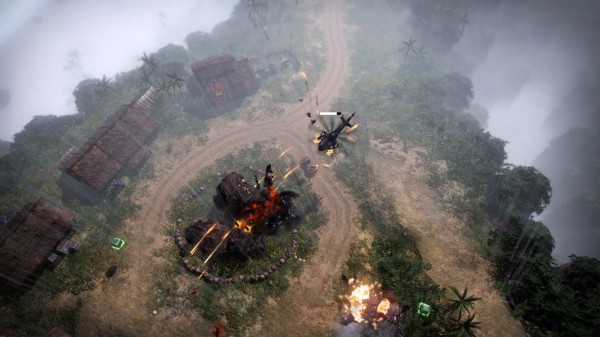 My time with Renegade Ops was a good one. The vehicles control intuitively, you are given multiple objectives to pursue at any given time, and you can play with up to three other players co-operatively. The game itself is inherently simple and while it’s nothing we haven’t seen before, it is well executed and polished.

The controls are relatively easy to grasp. The game uses less than half of the Xbox controller’s face buttons, making it a title that is very easy to pick up and play. Shooting with the analog thumbstick works real well, while the face buttons are used only to unleash destructive special attacks or activate your vehicle’s boost. 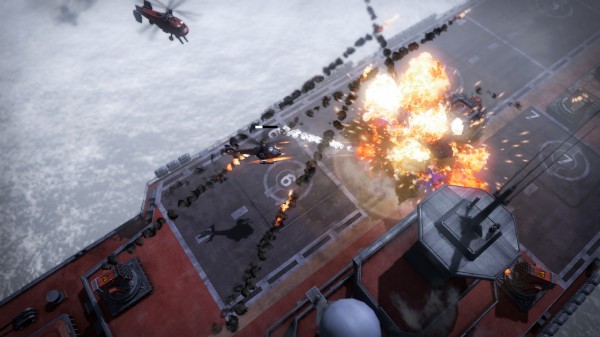 The graphics are also very nice. The jungle environment on display in the demo looks very lush, and the effects from the explosions and collapsing buildings look great. The frame rate is silky smooth, and I didn’t notice any stuttering no matter how many enemies appeared on screen.

Overall, Renegade Ops is a fun little arcade title. What it does it does well, and the game has a nice amount of polish. Anyone who likes a nice bit of arcade action may want to download the trial for this when it comes out later this year.