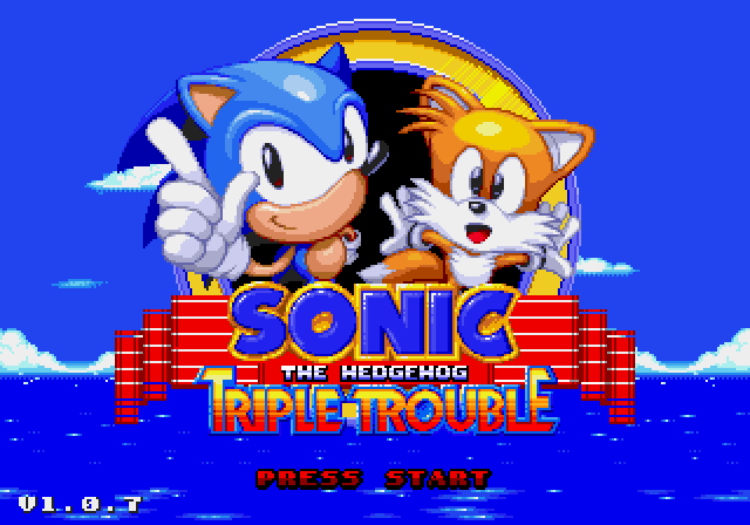 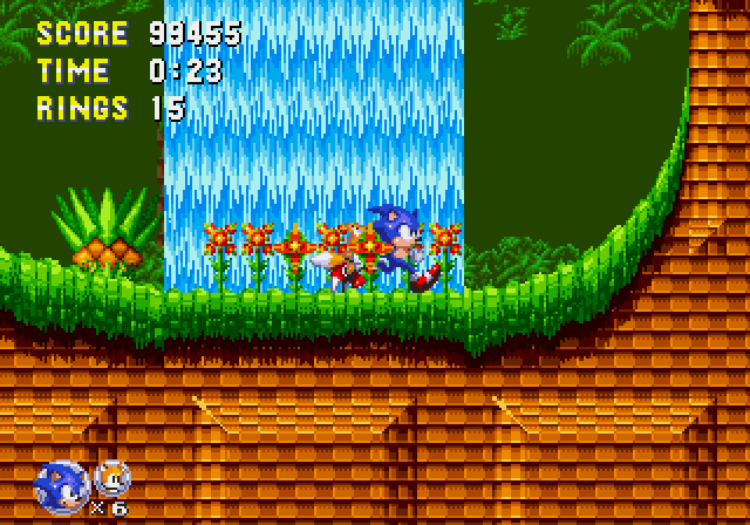 SEGAbits: I noticed the level design feels much more classic in nature. How did you go about designing the levels and did you put yourself under any specific limitations?

Noah Copeland: I’m glad you think so, because it was a lot of work. Classic Sonic level design is the hardest thing to get right. I naively start of by taking the original 8-bit Game Gear maps and stick Genesis Sonic in there. It doesn’t work. The physics are just too different.

I bit the bullet and went all in on Genesis style. I made all of the levels out of 128×128 pixel chunks, just like they did on the original Sonic games.

SEGAbits: I guess this leads me onto my next question, who inspired your design philosophy, or was it something you discovered on your own while researching other Genesis titles. Can you give us a bit more insight into who might be your influences?

Noah Copeland: Make no mistake about it; Hirokazu Yasuhara is the GOAT.

His level design on the first three Sonic games is unmatched! So obviously I was looking very closely at his work as well as stuff that Brad Flick did on Sonic Mania. I asked a lot of people what their thoughts were on Sonic level design, but ultimately I had to come to it on my own but just playing and studying a lot of Sonic. I wasn’t afraid to look at more Modern Sonic titles to compare and contrast their design.

The balance between speed and platforming is essential but I don’t think enough people talk about the concept novelty. Many other platformers like to focus on a single level mechanic and develop it over time. Sonic seems more interested in novelty, and variety, and throwing new exciting ideas at the player, even if they are only used once.

I have a natural tendency to favor big action set-pieces. Years before Uncharted, which was also designed by Yashuhara, the Sonic series was doing cool set-pieces. The island bombing in Sonic 3. The truck chase in Sonic Adventure 2. As such, those set-pieces help keep the novelty factor up, so it’s a match made in heaven. 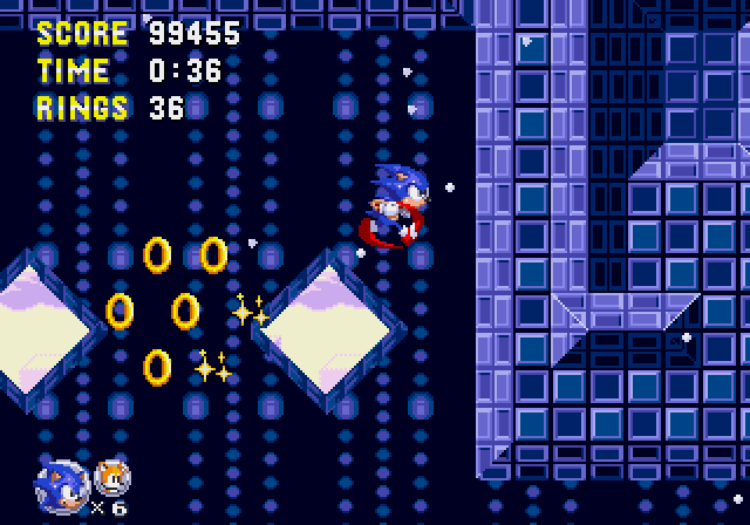 SEGAbits: There’s a tonne of content in this game but was there anything cut from the game, anything in particular you felt sad you could not include and why?

Noah Copeland: I wanted to do a third bonus stage, some sort of Japanese pachinko machine. Maybe I’ll still do it, but if there was one thing to cut in order to make the release date, that was it.

There are few things here and there, but really I’m quite proud of how much was able to make it into the game. There’s a competition mode with it’s own separate story!

SEGAbits: A lot of people peering from the outside never realise how tough it is just to construct such a massive labour of love, especially when it comes to a fangame. What was the toughest thing you had to endure when making it?

Noah Copeland: The level design was very hard but I can’t overemphasise the never-ending, indefinite nature of fan games. You’re not getting paid, you’re never going to get paid and neither are your collaborators. You have no deadlines that aren’t self-imposed. Online, you have a lot of people telling you, “this will never be finished, like every other fan game.” In your personal life, people are saying, “are you still working on that game thing of yours?” Many times, I just couldn’t see the end. It took five years and it looked like it was never going to be done. Finding the motivation to fight through that was tough. But when I started the project, I told myself that no matter what, I was going to finish it. Whether it turned out any good or not, I was going to finish it. And I did.

SEGAbits: Now that you’ve finished Triple Trouble, are you enjoying a well earned break, or are you itching to get involved in your next project? I remember you wanted to try your hand on an original game, could you share more?

Noah Copeland: The well-earned break hasn’t happened yet, because I’ve been fixing bugs and making patches since release! We only had a small number of playtesters before release. When your game suddenly gets thousands of players on release day, that’s a LOT of new bugs being found. I cannot wait to finally be done with the project, take a break, and move on to the next project.

I’m graduating from fan games and transitioning to an original game with my own team of characters. Think of it like Sonic meets Shovel Knight, meets Ninja Turtles. If you like Sonic and other retro video games, you’ll like what I’m working on next. I really hope yall stick around for it! 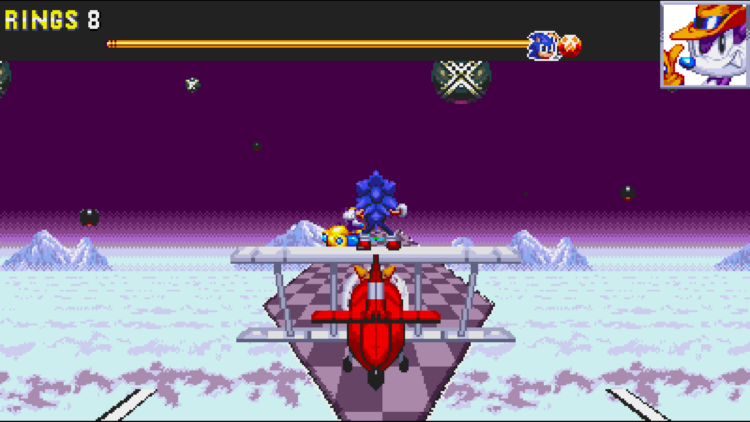 In the Special Zones you’ll be racing against Nack to collect the Chaos Emeralds before him!

SEGAbits: Finally to close this interview, is there any piece of advice you can give to future fangame creators, perhaps something you’d have even told your younger self?

Noah Copeland: If you are making a game, know that at every corner someone is going to tell you that you are doing it wrong. You’ve got to get good at discerning feedback, which is really hard.

Believe in yourself, trust your vision, and be ready to adapt. Understand that creating a game and finishing a game are two separate skillset and must be developed as such.

Also, please check Sonic Hoshi when it’s finished. It’s a very cool Sonic fan game that I’ve had the pleasure of providing private feedback on. A lot of the artists that helped me finish Triple Trouble are now working on Sonic Hoshi. Check it out! And thank you for the questions.