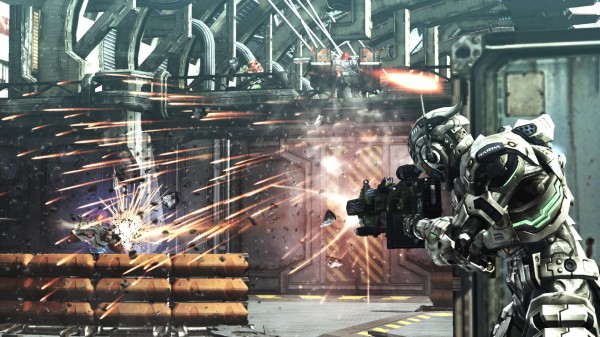 Lets be honest, you can’t see anything on those blurry screenshots released in the Famitsu magazine; so the boys at Platinum Games have decided to release screens for the game.

I got to be honest, this game looks a ton better than Lost Planet, color me interested; especially after seeing it will have fast combat. To see the rest of the shots and description of the game, hit the jump! 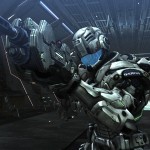 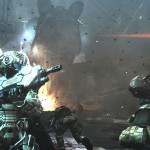 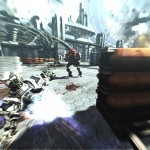 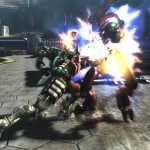 English Description of the game:

In a near-future world where Russia and the United States vie for ownership of the world’s fast-depleting energy resources, the US has constructed a space station in order to harness energy from the sun. Russian forces capture this space station and divert its harvested solar energy into a blast wave that destroys San Francisco, aiming to force the US into a total and unconditional surrender. In response, the US tasks its armed forces with recapturing the space station before the Russians can annihilate their next target – New York.

• Directed by Shinji Mikami, the creator of the Resident Evil series, VANQUISH™ is a sci-fi shooter that sees players take the role of Sam, a government agent kitted out with a futuristic battle suit. A versatile fighter with a huge arsenal of weaponry at his disposal, Sam also has an array of martial arts skills that he can use to take down his robot enemies.

• Fast, fluid and frenetic – this is gaming at its most explosive and exciting, as you storm into battle.

• Experience a game character like no other – Sam is the ultimate weapon, donning a futuristic battle suit of destructive firepower and superhuman speed and agility.

• Fight your way through the enormous, open environments of the space station. The most advanced, futuristic city in the skies becomes home to the action.