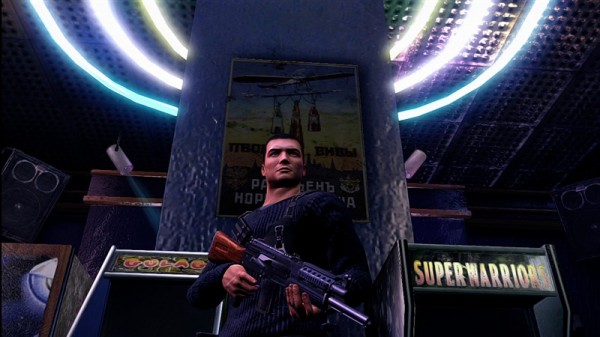 Alpha Protocol has been getting mixed reviews due to its bugs and other issues. Some loved it, guys at Joystiq did not. One of the developers commented on the review, saying SEGA should have canceled Alpha Protocol instead of Aliens RPG. Regardless of drama, I will be bringing you a review in the upcoming days.

“I worked on this game (a fact of which I am not proud). I’m not here to defend it; I agree with all these reviews.

First, a comment for the guy at Cheesecake Factory – Most devs eat in the office most days, if they do go out they tend to grab something at the food court and head back. I know the execs take long lunches, but they often use them for informal meetings as well. Most of the programmers and designers very rarely ate outside the office during the time I was on this project.

There was a ton of work put into this game. The problem is that is was a ton of undirected work, or work on things that were just stupid. The Executive Producer for the game, Chris Parker (also an owner of the company), seemed to think he was the world’s greatest designer ever, and created all these absolutely shitty systems and wouldn’t listen to any of the real designers or devs about things that just didn’t work. And you can’t exactly argue with one of the owners of the company when he doesn’t want to listen. He basically took over the game and dictated exactly how everything would work (or not work, as the case may be). The other producers realized this early on and just gave up, leaving Parker to micromanage all the designers and programmers directly.

Sega also was a factor, because they kept changing the design requirements (yes they had heavy influence there), which never gave the producers and designers time to actually decide on one set of features to make and polish. The blame is still mostly Obsidian’s because the execution was absolutely terrible, and it was obvious 2 years ago that this game should have been scrapped. Instead, though, they focused on adding still more features and never fixed the ones they already had. That is a recipe for tons of bugs and no polish… as is obvious.

This game was just an absolute failure of production, and it’s no wonder that so many of the developers left the company, even after the 40% staff layoffs. I am still happy about some of Obsidian’s other current projects, New Vegas included, because they are going pretty well. Their big unannounced project is looking great and is already much better than AP ever was, and that may end up being the game that everyone was looking for with AP.

Sega should have canceled AP instead of Aliens…”

4 responses to “Alpha Protocol developer not proud of final product”