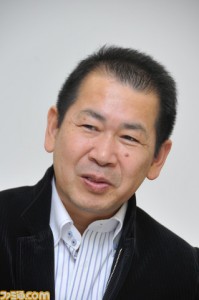 Yu Suzuki sat down for an interview with Famitsu, to discuss the origins of Shenmue City and the future of the Shenmue franchise. He stated that Shenmue City is not Shenmue 3, so this should make most Shenmue fans breath easier.

“Shenmue has the image of grand scale.”But making something of grand scale requires appropriate preparation. I want to make 3 with the same volume as in the past. There have actually been a lot of requests from fans for 3 as well. There were even petitions signed by by tens of thousands of people. I wanted to carry out my obligations for the series.” – Yu Suzuki

So what made Suzuki interested in making Shenmue City a social game? Mafia Wars, the popular social game you might have heard of? Well, he said he tried the game, didn’t understand it then came to enjoy it after awhile. He said that having Shenmue in this perspective was odd since it didn’t require top notch graphics and sounds, two things the Shenmue series is known for.

Yu Suzuki also explains why Shenmue game is split into chapters, saying that he uses the novelizing before they are turned into a game script. He says that it gives the game and story a bigger emotional impact that is easier expressed through novelization. When they turn it from a novel to a game script, that is where they add stuff like quick timer events and gameplay systems. He also says that only because he had ’11 chapters’ planned, doesn’t mean it has to be 11 games long. He said that if he is given a chance to make one game, he will have to put all 11 chapters into one game.

“It would be possible to finish the entire story in a single game if we were to show just the highlights and skip over parts,” Suzuki jokes “If given the chance, I’d have to think about the scale and the time frame. The Shenmue essence is, of course, in the scenarios I’ve made. I’d have to think how to make something from them.”

5 responses to “Yu Suzuki: Shenmue City is not Shenmue 3”