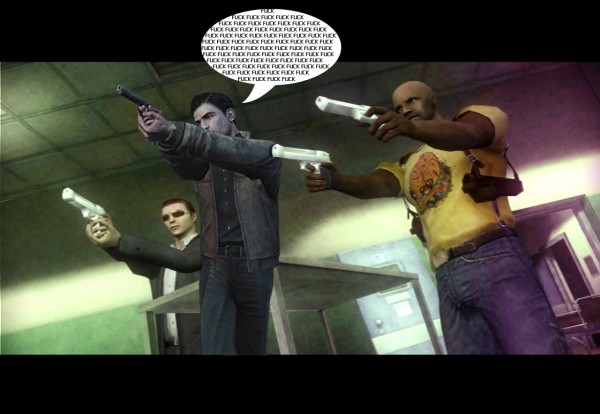 Awhile back, when House of the Dead: Overkill was released, the game earned a Guinness World Record. Out of all the things the game could have gotten a record for, it turned out it was because of how many times it used the word fuck. That is right, the game had 189 fucks. Holy fucking shit, that is a lot of fucks.

Now the record has been stripped away from SEGA’s hard muscular hands by Rooster Teeth’s Mafia II. The game had over 200 fucks, way more fucks than House of the Dead: Overkill.