SEGA has decided to show some new things you will be able to do in Hatsune Miku and Future Friends: Project Mirai. In the old Project Diva titles, you could select a different vocaloid outside of Miku that would have them dancing while you played. In Project Mirai, if you select a new vocaloid the vocals in the songs change as well.

What sucks? Its not all the songs that have this feature, its selected tracks. Which makes sense. Also outfits are now called costumes and not modules like the older games. Also six songs have been confirmed:

To see screenshots of how the songs look like while played, hit the source.

This week Famitsu released the date and name of the new 3DS Hatsune Miku game. The game is being titled Hatsune Miku and Future Stars Project Mirai.

The game is going to be released in Japan on March 8th 2012. This also happens to be the release date for Metal Gear Solid Snake Eater 3D, meaning that SEGA really isn’t good at picking release date for their games.  SEGA also has two versions of the game planned, the regular version (¥6,090) and the limited edition version (¥7,140).

Above is the debut trailer that SEGA showed back in September. Not much new is known outside the above info. 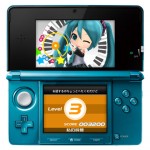 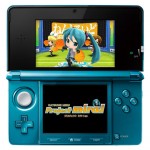 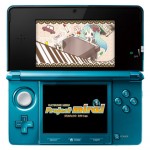