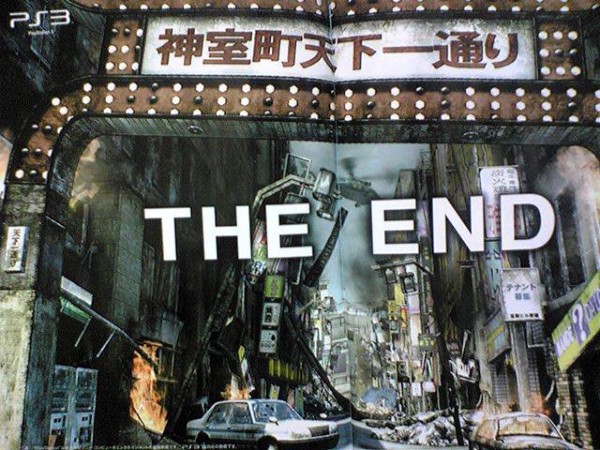 This was in the newest issue of Famitsu, teasing ‘The End’ to the Yakuza franchise? Maybe its just teasing what the upcoming title will revolve around. Maybe it will have destructible environments?

It could be anything, I just hope that SEGA does not pull a Hideo Kojima with this series and start teasing the same promises with every title (wasn’t his last MGS title like 3 titles ago?).

We shall see at TGS next month. How exciting.

SEGA held this same type of competition for Yakuza 4, which was very popular contest receiving over 1,500 applications. They narrowed it down to 7 girls who appeared in the game, now women all over Japan will have another shot, this time for Black Panther: New Yakuza Chapater on PSP.